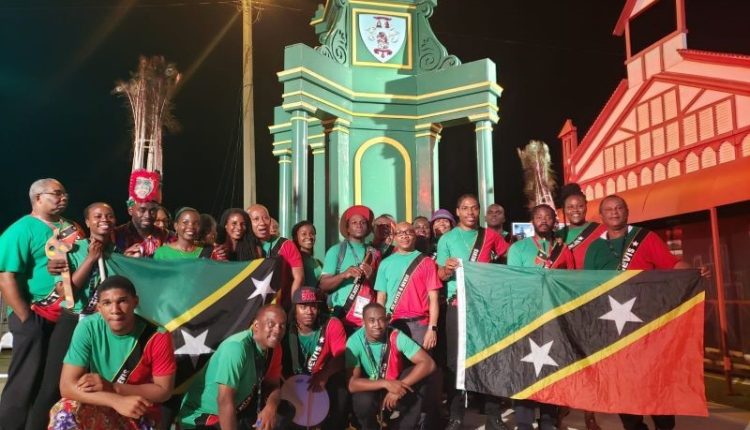 Speaking with ZIZ News at the RLB International Airport following their return home, Chairman of the National Carnival Committee Noah Mills spoke of the experience at CARIFESTA 14.

Director of Culture Troy Mills said the objectives of his department were clearly met as he spoke of the success of their participation at CARIFESTA 14.

Permanent Secretary in the Ministry of Culture Tom Buchanan who travelled with the delegation said St. Kitts and Nevis was represented well and commended all who contributed to their accomplishments.

74 persons travelled to Trinidad and Tobago as part of the St. Kitts Nevis delegation to CARIFESTA, making it the largest delegation to represent the federation at the cultural event.

The delegation included 15 persons from Nevis and 5 persons who paid their own way to be a part of the festival. The youngest delegate was 9 months old.

CARIFESTA 14 was held under the theme “Connect. Share. Invest.”

CARIFESTA 15 will be held in Antigua and Barbuda in 2021.