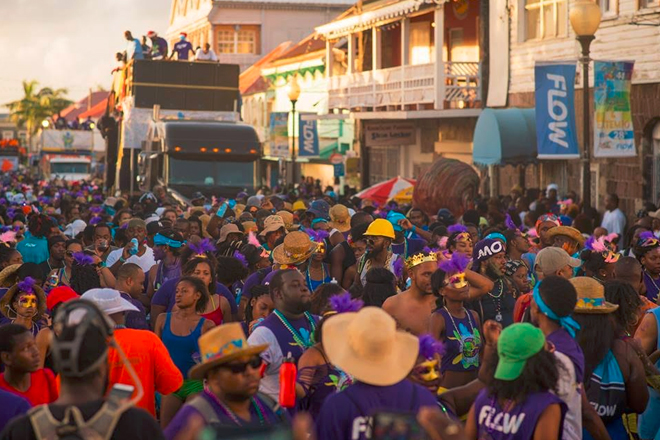 The Red Devils’ “Masquerade Devils” has been announced as the Sugar Mas 44 J’ouvert 2015-2016 winner, just 10 days after Xtreme Nation was announced the original winner.

On Tuesday, the public relations arm of the Carnival committee issued a press release outlining the omission that had been made in tallying the points.

Since then, ZIZ News was able to speak with Chairman of the Street Activities Sub-committee Ivor Blake, who outlined how the mistake was made, stating that the omission was realised after a member of Red Devils’ management team requested the score sheets.

Blake said the Red Devils organisers registered their troupe as “Red Devils”, however their particular troupe for J’ouvert had “Masquerade Devils” displayed on paraphernalia.”

He said it was explained by a judge that as the Red Devils passed a specific judging point, the judge at that particular point saw only the name “Masquerade Devils” and consequently, the Red Devils were not awarded the relevant points.

Blake then made the official announcement stating, “[on] Tuesday January 12th, we reviewed the scores for J’ouvert Parade and we note that there was an omission. I’d like to give the new standings: 1st place is now Red Devils, 189.5 points, and 2nd place we have Xtreme Nation with 188 points and in third place is Small Axe Shiggy Shack with 179 points.

The Sub-committee Chair described the mistake as unfortunate but stated that in the interest of transparency and fairness the committee decided to announce the results.

Initially, 3rd place went to Grand Masters’ GM Addix. Blake said as that group has now been moved to 4th place and will no longer collect a prize.