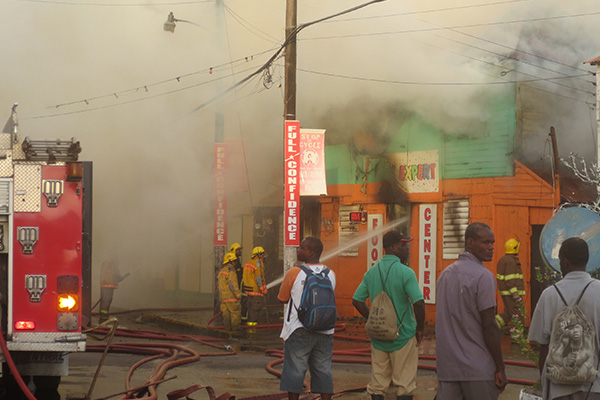 Police and Fire Officials are still trying to find out what caused a fire to an old wooden structure on Cayon Street Friday morning.

Fire Officials were on the scene around six o’clock putting out the blaze of the building owned by Lawyer Lindsey Grant which now houses Party Expert.

The blaze destroyed most of the top floor and part of the lower level.

No one was reported injured.

While the Fire Department has not determined the exact cause of the blaze they have confirmed a 911 call reporting sparks on a lamp post just outside the building.

Fire Chief Everett O’garro said he has no comment at the moment as investigations are still underway.