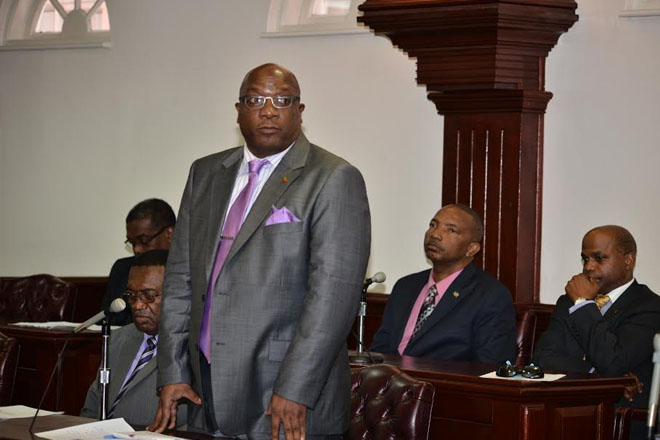 (ZIZ News) – The Citizenship by Investment Amendment Bill 2015 and the Banking Bill 2015 will be up for debate next Tuesday when the National Assembly of St. Kitts and Nevis meets for its second sitting under the Hon. Dr. Timothy Harris-led Government.

Attorney General, Hon. Vincent Byron, during an address aired on ZIZ Television, revealed the agenda items for the upcoming sitting.

“Following the announcements by the Speaker, Mr. Franklin Brand, and prayers, the Oath of Allegiance is expected to be taken by those members, the opposition members in Parliament who had been absent from the first sitting,” the Attorney General stated. “The order paper provides for statements by ministers and personal statements by members. The main order of business is the introduction of the Banking Bill 2015 for subsequent debate and the Citizenship by Investment Amendment Bill 2015,” he added.

Byron said the Banking Bill is important to the banking sector of the Eastern Caribbean Currency Union while the Citizenship by Investment Amendment Bill falls in line with his government’s ongoing efforts of restructuring the CBI Programme.

He said, “The Citizenship by Investment Amendment Bill is the first of significant measures to be introduced to improve the regulation of the economic citizenship programme.”