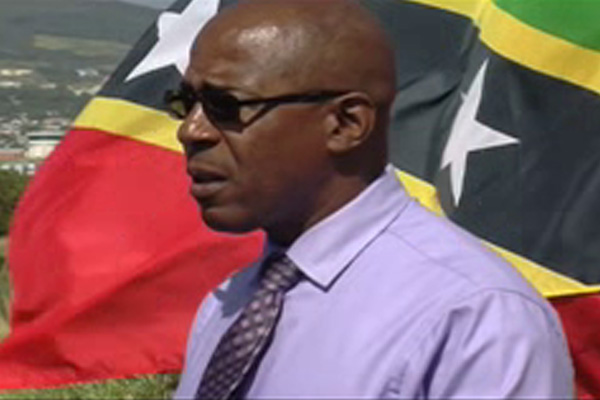 The Ministry of Energy of the Government of St. Kitts and Nevis, the Embassy of the Republic of China on Taiwan, SKELEC, and Speedtech St. Kitts Limited were represented at a brief but significant ceremony on the Frigate Bay Road on Thursday morning.

Prime Minister, the Rt. Hon. Denzil Douglas along with his Deputy and Energy Minister, Hon. Dr. Earl Asim Martin, say the construction of the solar farm is one of many energy-saving initiatives of the government.

Permanent Secretary in the Ministry of Energy, Lenrick Lake praised the Hon. Dr. Earl Asim Martin and his team for the country’s strides in renewable energy generation.

“The Government of St. Kitts and Nevis has done more in the past five years on energy efficiency and renewable energy than all of the O.E.C.S. countries combined,” he said.

Minister Martin commenced his presentation by thanking the companies and individuals who have been instrumental in the nation’s “Go Green” campaign.

“We started a couple years ago from the assistance of the Republic of China on Taiwan with installation of solar lights from Sandy Point all the way to St. Paul’s. Following on the heels of that every closely, we also had the installation of LED street lights from the Kim Collins Highway, all the way to Frigate Bay to the last roundabout in Frigate Bay and most recently; we had the installation on the Pond Road to the first roundabout here at the Kim Collins Highway. That, in a sense, has helped in the overall reduction of government’s cost in the cost of street lights to the people of this country,” he said.

Minister Martin added that the LED Bulb Distribution Programme for residential customers is a good programme as it assists residents in the overall reduction of their electricity bills.

“At SKELEC, we have 16,438 customers. Thus far through this programme, we have been able to reach 8,036 customers, approximately 49 percent of our customers thus far, thus distributing somewhere in the region of 73,987 LED bulbs to customers all around the Federation thus far,” adding that “The programme will continue this week and we’ll continue to reach the additional 51 customers (percent) who we haven’t really reached as yet. But I want to say we have also touched on our sister island of Nevis. On Nevis, we have 5,786 customers. We have been able to touch 1,407 customers thus far and distributed 19,841 led bulbs to those residents in Nevis.”

At the end of construction, the first of a two-phase Solar Farm Project will provide 500 kilowatts of power directly into SKELEC’s grid and reduce the country’s fuel bill.

It will be constructed by Speedtech St. Kitts Limited and SKELEC and provide employment opportunities for local engineers.

The new solar farm is the second to be constructed on St. Kitts. The first is located at the Robert L. Bradshaw International Airport. The new plant will be owned by the country’s main energy supplier, SKELEC.

The plant is expected to have a lifespan of 20 to 25 years.