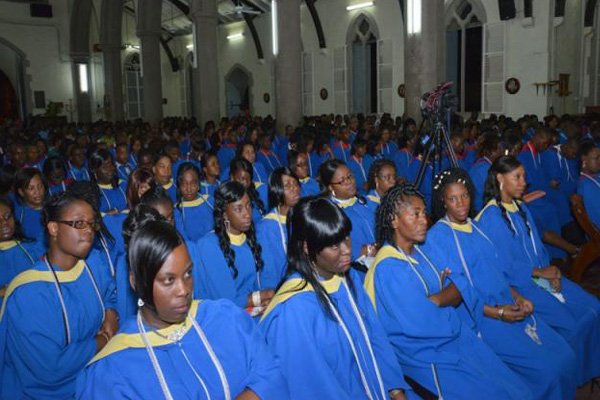 Basseterre, St. Kitts — The Clarence Fitzroy Bryant College (CFBC) celebrates its 26th commencement ceremony at the Burdon Street Campus, Basseterre, on Sunday November 30, 2014, at 4:15pm, under the distinguished patronage of the Governor-General, His Excellency Sir Edmund Wickham Lawrence, the Chairman of the Board of Governors, Dr. Eustace Esdaille, and the President of the Clarence Fitzroy Bryant College, Dr. Kelvin Daly. This year’s theme is “Developing Human Resource: The Key to National Development.” The featured speaker will be Reverend Arlene Bruce-Williams.

Three hundred and thirty-six (336) students are eligible to graduate. Members of the CFBC Board of Governors, Vice President of Academic and Student Affairs, Mrs. Delores Stapleton-Harris and Vice President of Financial and Administrative Affairs, Mrs. Jackie Ferracho-Williams along with the registrar, bursar, directors, deans, faculty and staff of the CFBC, ministers of government, members of the diplomatic corps, heads of other educational institutions and family and friends of the graduands are expected to attend.

Established in 1988 with Mrs. Dulcie Richardson as its first principal, the then College of Further Education was mandated to consolidate and augment the opportunities for tertiary level education. The college came into existence with the amalgamation of three previously existing institutions: The Teachers’ College established in 1967, the Technical College commissioned in 1971, and the School of Nursing inaugurated in 1966. The total enrolment in 1988 was approximately 150 students. This number did not include students from the adult and continuing education classes. Today, the CFBC has an enrolment of over thirteen hundred (1300) students.

The name of the College was changed in 1998 in honour of the individual who was at the forefront of the planning stages of the institution, the late Clarence Fitzroy Bryant, who was then Minister of Education, Health and Social Affairs.