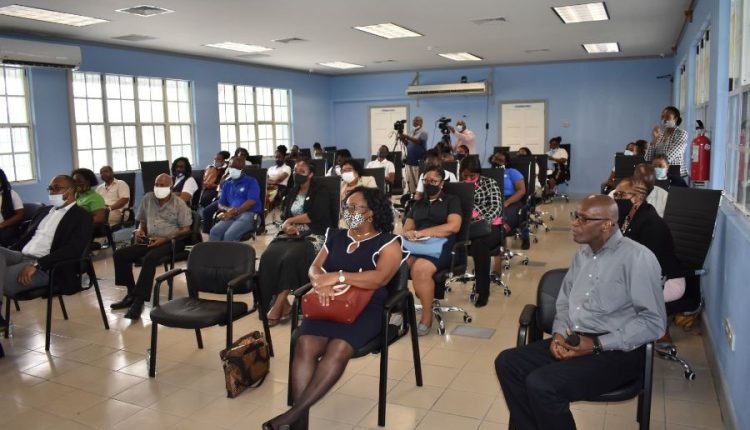 CFBC Holds Lecture In Celebration Of 32 Years Of Founding

According to Nigencia James, Marketing and Communications Specialist at the Clarence Fitzroy Bryant College (CFBC), the lecture was a part of CFBC’s 32 years of existence. CFBC opened its doors on September 26, 1988.

“The lecture was a part of a number of events that we would have done in celebration of our anniversary,” she said.

Ms. James explained the rationale behind having a lecture in celebration of the college’s anniversary.

Guest Speaker Dr. Susan Owen, Director of Continuing and Professional Education Centre, UWI Open Campus, explored whether “the education persons have access to is suitably inclusive to be considered as having adequately responded to the nation’s right to education.”

“We really have to move beyond looking at this concept just in terms of if we have enough schools to cater to the number of people that we have, but what really is this type of education that we are providing,” said Dr. Owen. “Is it truly inclusive to all members of our society?”

Established in 1988, the then College of Further Education was mandated to consolidate and augment the opportunities for tertiary level education in the Federation of St. Kitts and Nevis. The College came into existence with the amalgamation of four previously existing institutions: The School of Nursing inaugurated in 1966; the Teacher’s College established in 1967; the Technical College organized in 1971; and the Sixth Form.