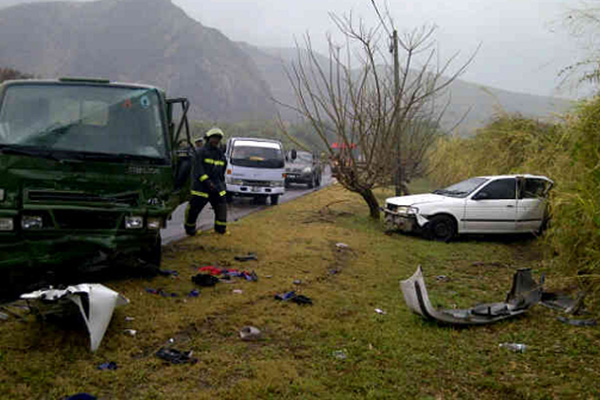 (ZIZ)–With just a few more days left for the year 2013, the Traffic Department is reporting a challenging yet successful year on the road.

Head of the Traffic Department, Inspector Carl Caines says despite quite a number of accidents, they were still able to record many successes.

Inspector Caines also noted that there is usually a spike in traffic accidents in the month of December, particularly because more people travel for various events.

He said, “At this time of the year that is, there is an increase but so far it has not increased. So we can say it was a challenging year because we have had a number of incidents and of course a number of deaths on the road.”

As the end of the year approaches and several carnival activities still to go, Inspector Caines is urging drivers to drive responsibly.

“We advise the public at this time to be very patient on the road and to be careful at all times and to be vigilant. Too often accidents happen because people are gazing, people are on their cell phones and people are driving too fast for the road conditions. For example, when the road is wet or maybe sandy, you are expected to decrease your speed.”

In February of this year, a foreign student who attended the Windsor University Medical School lost his life in a traffic accident just outside of Conaree.