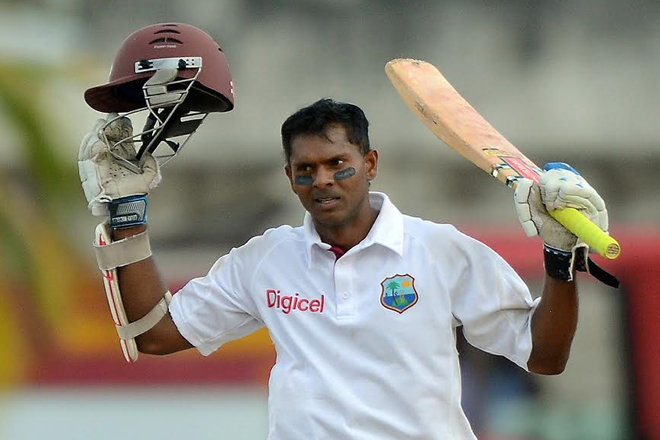 The Guyanese left-hander made his test debut in 1994 but was dropped after West Indies’ HOME series against England in May 2015.

With 11,867 runs from 164 tests, he retires as the Windies’ second highest run-scorer, only 45 runs short of Brian Lara’s record.

He is also the seventh-highest test run-scorer of all time.

ZIZ News understands that the 41-year old formally notified the West Indies Cricket Board in an email that he will no longer be available for selection for West Indies.

WICB President, Dave Cameron is quoted in a press release as saying, “The WICB acknowledges the invaluable contribution Shiv has made to the game globally and we wish him all the best.”

Chanderpaul was just this week, part of the Guyana Jaguars team that lost in the first semi-final of the Nagico Super50 Tournament against Trinidad and Tobago Red Force.