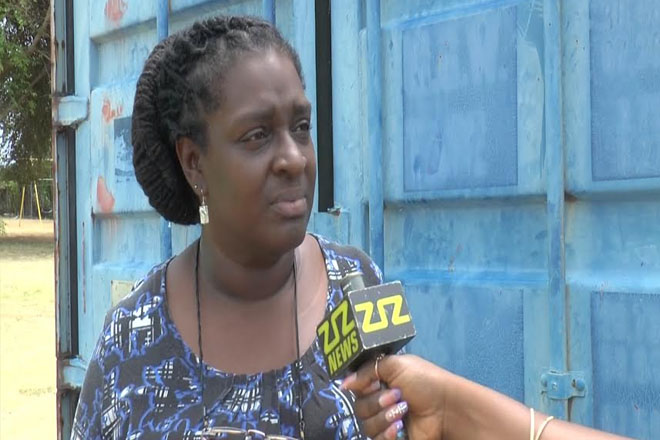 (ZIZ News) — The staff and patrons of the St. Christopher’s Children Home are grieving after having discovered their most recent donations were stolen.

The Home’s Administrator, Margaret Stevens said she found out about the theft after the stock controller inspected the storage container.

“It was discovered on the 31st of March that the padlocks had been removed from the storage container and we weren’t able to get access to it because I don’t really go into the container but the gentleman who normally catalogues what we have, he came on Wednesday and informed me that a number of items had been stolen from the container”, she said.

“As far as we know, three mountain bikes were stolen, two for male and one for female, two brand new ceiling fans, a pick axe, the five gallons drums of paint, a garden rake and a long handled shovel. All of these items were donated to the Children’s Home. We think that this is a place of safety that we can store them for the children to use and for the home to use but evidently somebody had other ideas,” she added.

The Administrator said the incident has left her frustrated

“It makes me feel extremely angry. The Children’s home is a place of safety and it’s primarily a home for children. So that’s like stealing from your next door neighbour because that’s what we are. We are neighbours in this community and it makes me extremely angry that somebody felt that their need was greater than the children’s need, Stevens expressed.

The Home’s Board of Directors and Administrator said they called the police but days later they are still waiting for a formal investigation.

When asked about the investigations Deputy Commissioner Hilroy Brandy told ZIZ he was unaware of the incident but would look into the matter.