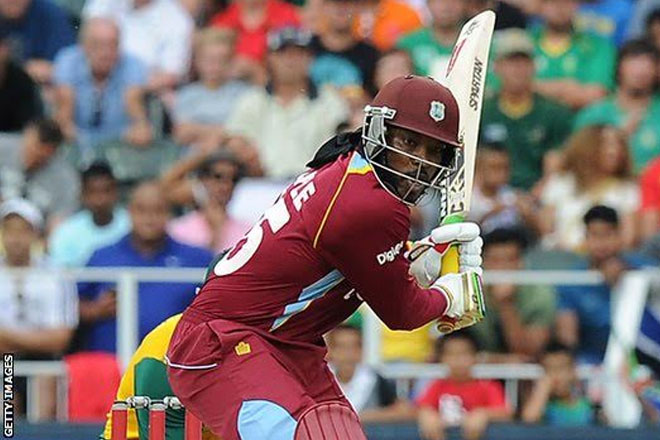 Sports Page — Chris Gayle smashed an unbeaten 151 off just 62 balls but could not prevent Somerset losing to Kent by three runs in the T20 Blast at Taunton.

Spitfires captain Sam Northeast hit his first T20 century, scoring 114 from 58 balls, and Daniel Bell-Drummond made 51 as their side posted 227-7.

Gayle dominated Somerset’s reply and, after being dropped on 46 by Joe Denly, reached his century off 45 balls.

But despite the West Indian hitting 10 fours and 15 sixes, they fell short.

Gayle, who made 92 off 59 balls on his debut on Friday to hand Somerset victory over Essex, now has 15 T20 centuries, nine more than his closest rival, New Zealand batsman Brendon McCullum.

The 35-year-old, who’s big-hitting resulted in three balls being lost, scored 20 or more runs in individual overs from Darren Stevens, Fabian Cowdrey and Matt Coles as he carried his bat through the innings.

With the other eight Somerset batsman managing just 63 runs off 58 balls between them, Gayle – having also been dropped on 139 – smashed his 15th six from the final ball of Somerset’s innings as they finished on 224-7.

Five of Kent’s six bowlers went for more than nine runs per over but Mitchell Claydon’s superb figures of 2-23 from four overs proved the difference between the two sides as the visitors went four points clear at the top of the South Group.

On Friday, Gayle struck a blistering 92 to help Somerset beat Essex by 3 wickets.