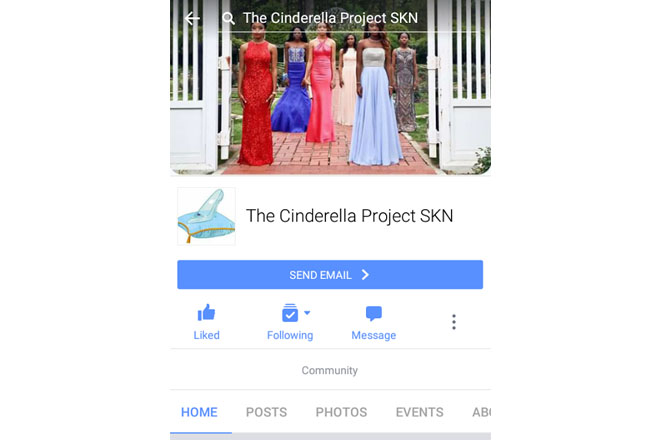 (ZIZ News) — Some good news for teenage girls who might have had to miss prom this year.

On Wednesday Former Counsellor at The Washington Archibald High School Naeemah Hazelle spoke with ZIZ about The Cinderella Project SKN.

Miss Hazelle, who is also the Project Co-Coordinator said the initiative was designed to assist students who were not fortunate enough to attend their high school prom due to lack of finances.

“The Cinderella Project was an idea that came out of our experiences from when we were at Washie when we were doing the Washie Prom which we are still doing but for about 10, 11 years. We found that every year we would find some children who would say they didn’t want to go to the Prom and we just couldn’t imagine why a child wouldn’t want to go to their Prom. After investigating we discovered that some children just couldn’t afford it,” she said.

She said she was pleased with the positive feedback since the project was launched on Monday.

“We just really launched our project on Monday. We already received our first donations. We received two dresses that came from Nevis. Somebody placed them on the boat and sent them over to us. We’ve just such an overwhelming positive response so we are really excited for the amount of girls that we are going to be able to help,” she said.

She also encouraged the general public to be a part of the cause, saying “We just want people to reach out, and for people to admit that they need a little bit of help. I also want to thank all of our donors who have been extremely generous because you know Kittitians dress. Thanks to all of the beautiful women of St. Kitts who dress so beautifully, they’ve been so generous.”

The project provides free prom dresses and accessories to teenage girls in their last year of high school who cannot otherwise afford them.