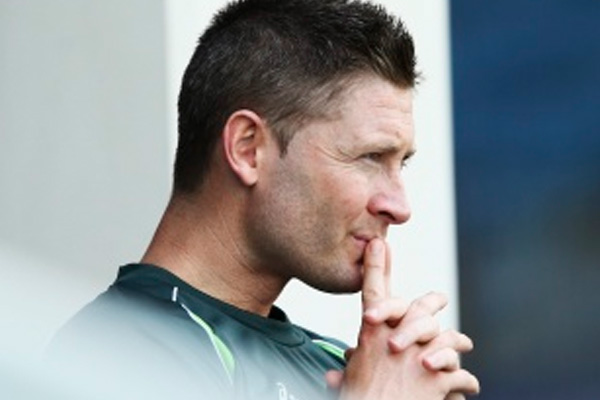 Sports Page — Michael Clarke is likely to lose his fight to play in the first Test against India but faces a far bigger and more significant struggle to regain the trust of Cricket Australia and its selectors following the events of the past week, which have seen the captain and the board at odds over his fitness.

Clarke’s single-minded quest to play in the first Test of the summer has left a trail of equal parts confused and furious CA officials, coaches and selectors in its wake, while the contrivances of the grade game he had chosen to prove his availability are now under investigation. It remains to be seen whether the selectors, including the chairman Rod Marsh and the coach Darren Lehmann, can still work with him.

An announcement ruling Clarke out of the Gabba was expected on Tuesday, but was put to one side by events at the SCG, where Phillip Hughes was felled by a bouncer and taken to hospital for emergency surgery. Clarke drove to St Vincent’s Hospital to be at Hughes’ side, but only after being asked to explain why he had defied the selectors over how he would prove his fitness for Brisbane.

James Sutherland, the CA chief executive, will ask for a “please explain” from Clarke about why he continued to plan for a grade appearance with Western Suburbs this Saturday despite advice to the contrary from the national selectors.

“I will speak to Michael and others who have been involved in the process to make sure I understand where these things have gone awry,” Sutherland told The Age.