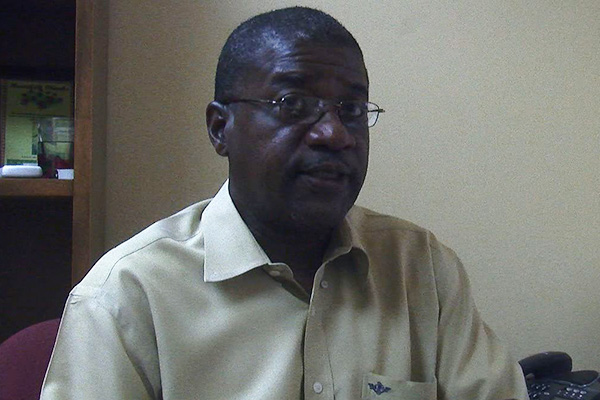 (ZIZ News) — Chief Medical Officer, Dr. Patrick Martin is continuing to update the nation on its preparedness initiatives for the Ebola virus.

Dr. Martin said during a radio programme on Tuesday morning, while much of the ministry’s efforts are focused on Ebola prevention, the country is prepared if it is to be faced with an Ebola case.

“If we should have a case of Ebola at 9:00, which means it came through the airport, will we be able to handle it? The answer is yes and we have already decided, should we have a case, we are going to be calling for the regional and international health agencies to assist us. We’re not going to be obstinate about it. We are not going to be egotistical about it. We are not going to keep our heads in the sand. There are regional and international health assets that are available to us and we will call for their assistance because the more we have the better but prevention of virus entry,” he said.

Dr. Martin’s update included his prediction of the severity of the Ebola virus if it reaches the Caribbean.

The CMO added that Ebola protective gear should be arriving shortly.

“So one of the measures that we have put in place is to purchase the approved personnel protective equipment that you have seen, the space Hazmat looking kind of suits, so we’re awaiting our shipment. We do have some in stock that we had stock piled from the H1N1 outbreak. Those are basic so if we have to use them we would be doubling up and tripling up on them. The approved ones are on their way here. What we did was that all Caribbean countries pooled their inventory so we could get a better price because as you can imagine, the price went up,” he said.

Police Capture Man on the Run

Sensitization and Education of Youth Will Be Key to Fire Prevention