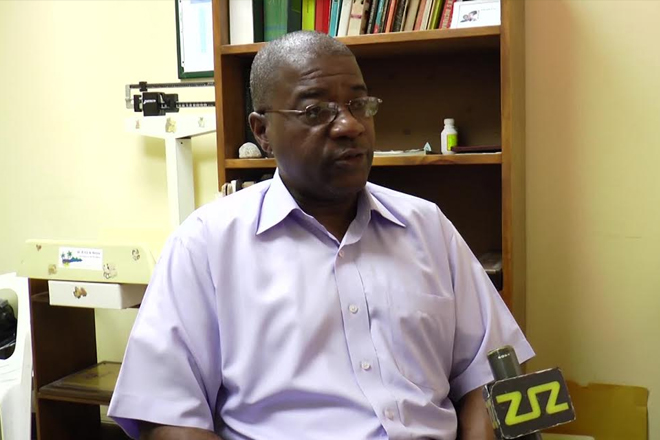 (ZIZ News) — With regional and international attention on the Zika virus, the Federation’s Chief Medical Officer says more focus should be placed on the Aedes Aegypti mosquito specifically, stating, “It’s about the mosquito primarily. This one mosquito, Aides Aegypti mosquito transmits yellow fever, dengue, chikungunya and zika. Zika symptoms—the aches and pains—are milder than Chikungunya. In fact, 80% of persons who have zika don’t know. They show no symptoms.”

Dr. Patrick Martin in an interview with ZIZ News said the virus has already reached the region, and it is very likely people in the Federation will become affected as the federation is a small open economy.

He said, “People come and go. Zika cases have been identified in Puerto Rico, Barbados, Martinique, St. Marten; those islands are in our neighbourhood.”

Dr. Martin says fogging does not harm this type of mosquito, and it is important for citizens to get rid of breeding sites.

He explained, “Source reduction: elimination of breeding sites: inside the house, in the yard. That’s where the Aedes Aegypti mosquito hangs out. This mosquito, all it needs is drop of water. Aedes Aegypti: the female can lay up to 3000 eggs in about 2 to 3 weeks.”

Dr. Martin further informed that the Aedes Aegypti mosquito also only lives approximately 2 to 3 weeks and can be identified by white markings on its legs.