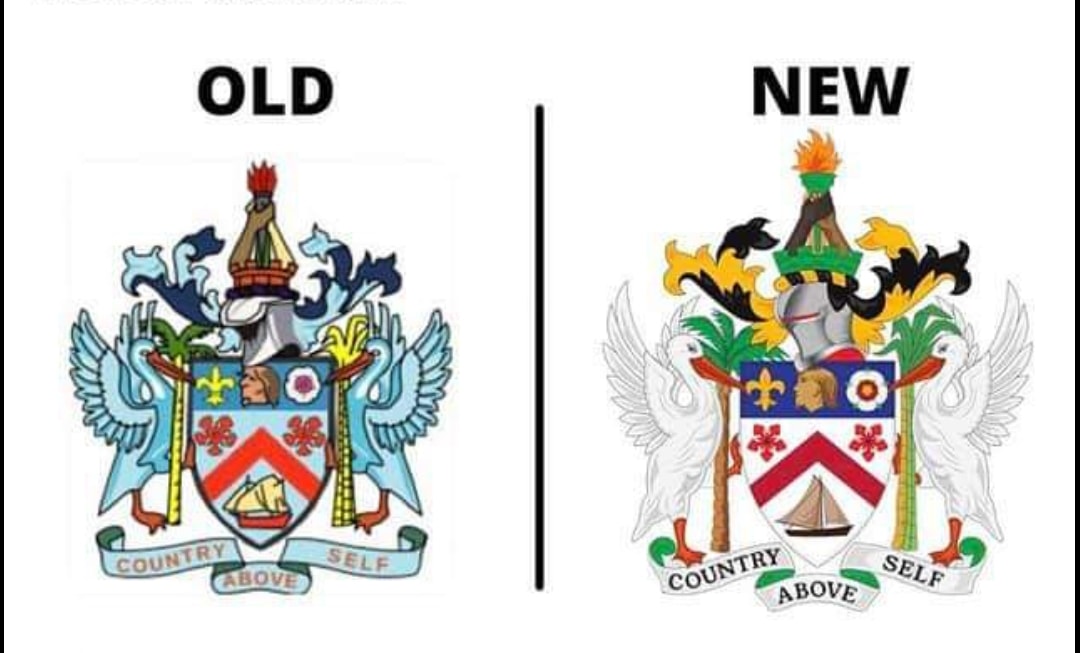 Basseterre, St. Kitts, February 23rd, 2021 (ZIZ News)  A senior official from the Ministry of Foreign affairs has said that images being circulated on social media about a change in the National Coat of arms are incorrect.

This follows claims online that the coat of arms has been changed from a blue hued image to a white one.

The official told ZIZ News that both images, one which shows blue pelicans on either side of the shield and another with the word “above” in the centre of the lower region are both incorrect.

An official from the national archives confirmed with ZIZ News that the correct image of the national Coat of Arms shows white pelicans and no words in the centre of the lower region.