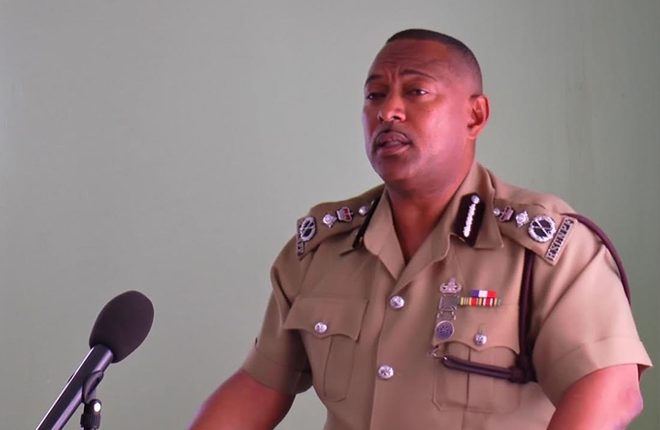 (ZIZ News) — Commissioner of Police Ian Queeley says the public can expect the rollout of the CCTV project in March.

He said this is one of the strategies that will be implemented as a form of combatting crime and violence in 2017.

He made the announcement while speaking at the first ever “Commissioner’s Lecture” at the NEMA conference room on Monday morning.

“From a preventative standpoint we will see the roll out of the CCTV project. That project will be both preventative and investigative. Lots of work will be required and that would be a compliment to the other strategies that would be employed. We expect that to be in place by March, at least within the first quarter”, he said.

Queeley said persons can also expect a heightened police presence in their communities.

“We will get out in the communities more and interact with the members of the community. We will go out and not only pass persons straight like some of us do but stop and say hi, hello and how are you doing. That friendly approach I believe can restore some trust within us. It is very important that we do the community walk through so that persons can see us”, Queeley added.

We are hoping to engage the business community on a larger scale for they themselves to install their own surveillances in and outside of their premises and that we believe based on the negotiations can be plugged into the national grid which can be an added tool for us”, the Commissioner expressed.

He said that police community involvement will also strive to engage the church, the schools, and Parent Teacher’s Association in efforts to improve and rebuild relationships with the public.