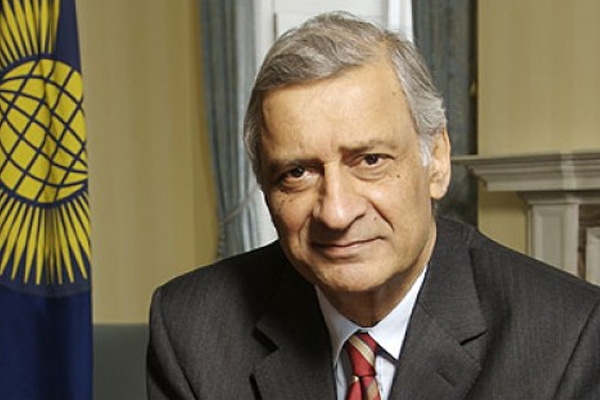 Sharma also noted that various public statements had been made concerning revised boundaries of electoral constituencies, and that this is an issue now before the High Court.

The secretary-general recalled his conversations with Prime Minister Dr Denzil Douglas in which he had raised both the issue of electoral boundaries and the pending no-confidence motion. The secretary-general also recalled his meetings with the leader of the opposition during his last visit to St Kitts and Nevis, and interaction between the Secretariat and other interested parties.

In particular, Sharma drew attention to the Commonwealth Charter, which sets out the inalienable right of individuals to participate in democratic processes, in particular through free and fair elections in shaping the society in which they live, and that governments, political parties and civil society are responsible for upholding and promoting democratic culture and practices and are accountable to the public in this regard. He emphasised the importance attached by the Commonwealth to political space and national election processes.

On the boundaries issue, the secretary-general encouraged all concerned in St Kitts and Nevis to await the High Court outcome and to respect the rule of law.

Sharma said: “The Commonwealth remains ready to provide whatever support may be considered useful in assisting St Kitts and Nevis with upholding Commonwealth values.”