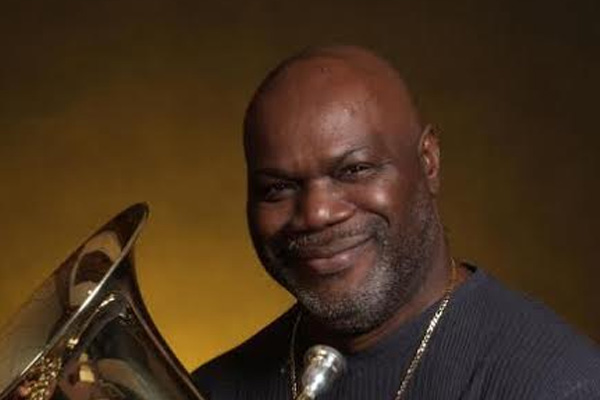 Basseterre, St. Kitts (CUOPM) — With General Elections constitutionally due in the new year, 2015, the composer of the Federation’s National Anthem “O Land of Beauty,” Mr. Kenrick Georges states: “There really is no other choice for the conscientious citizen of St. Kitts-Nevis, but to return the St. Kitts-Nevis Labour Party to Church Street to continue its work in the best interest of our entire citizenry in the upcoming General Elections.”

In a posting on his FaceBook, the Kittitian icon states:

“We face two diametrically opposed ideologies: 1. To continue on a progressive path of growth that benefit all citizens, and 2. To relive the horrors of victimization, economic stagnation for the working class, rampant corruption in high offices, and blatant double standards under a PAM Regime: this has been our undeniable sociopolitical reality from 1980 ~ 1995. WE all know what the Douglas Administration is doing, and the results of its efforts are evident in our regional ranking, and in our current economic standing, which has recently been applauded by the IMF.

But complaints and criticisms are being leveled at the incumbent Labour Administration, lead by the Rt. Hon. Dr. Denzil Douglas. Most certainly though,some of them would have merit; however, the criticisms and complaints without merit are, in fact, the premise on which to determine the credibility of the challenger(s) seeking to lead our country. The credibility of a political party ought to be important enough to predetermine that party’s quality of performance in government. We have experienced PAM in government before, and that experience has erected a sober reminder of a mistake we should never again make.

Our hybrid opposition (PAM, PLP, CCM, and collectively called the Unity Construct), has used every available means to its disposal, including broadcast media, social media, and personnel who traveled regionally, to Europe, to Canada, and to the USA in order to pedal the claim that the SKN Government is being strangled by a constitutional and political crisis. The leader of this political enterprise, Dr. Timothy Harris, has, in person, solicited support from several regional political parties, which are, in all cases, the opposition party in their respective States. But every reputable body, heads of States, and regional organizations has refused to view our current State as being in any such crisis.

The St. Kitts-Nevis Government has not been impeded by this irresponsible claim of a crisis, but instead, it has continued to remarkably improve our economic situation. We are on a fast track reducing our National Debt and Deficit, and we are succeeding in many other areas of our Nation’s further development. Apart from the PEP Program, which has been highly praised by an IMF official who said that the program “is a long-term investment to strengthen the labour force in St. Kitts and Nevis, a more recent IMF report stated that: “The economic recovery in St. Kitts-Nevis has gathered momentum.” And while the opposition makes bold plans for the SIDF, if it succeeds in the next General Elections, PM Douglas has been fielding constant fire from the hybrid opposition about its creation and implementation.

A major problem with the opposition advocates is its thinly veiled strategy of deceit. It is trying to use the word “Unity” within the construct of its parent name to cultivate a false sentiment of moral value, by sometimes asking: “Isn’t unity better than division…?” while trying to legitimize their new focus by pointing to the fact that the Labour movement has always advocated unity as a core principle to be maintained. But a faction of this said political group (PAM) has been the most divisive regime ever to hold office in St. Kitts-Nevis. PAM has even succeeded in perforating the bonds that united our people, through divisive politics, and customizing the Constitution it presided over in order to secure the longest tenure possible. This opposition has not been offering any alternative plans, or agenda for our nation’s future, but it condemns every single action taken by the government, regardless of the many successes applauded by regional and global institutions and organizations.

It is with a great degree of concern that I ask our people to evaluate the potential for backbreaking hardship to befall the ordinary Kittitian-Nevisian under a PAM Administration. The record will show that a PAM regime is highly favored by an exclusive minority demographic, and this is clearly reflected in the party’s tax policies during its three terms in office. The rate of victimization under a PAM regime was astronomical, and key supporters and a candidate have admitted as much: Eugene Hamilton, in a public meeting at Pond’s Pasture, and Bichara Sahely, in a testy exchange with me on his blog. Even a confused MP Sam Condor has always known what a PAM regime would be like if, God forbid, they should form the Government again. See video link: https://www.youtube.com/watch?v=z72i0a4Hvcw

Even with this suffocating admission of PAM’s misdeeds, there has been no real effort to replace this severely broken axel—the same attitudes and mindset abound: this wagon cannot run straight. The Hon. Michael Powell was kicked out of PAM while in office for undisclosed reasons; nonetheless, they are reasons the public already knows. And after flirting with Mr. Glenroy Blanchette for the 2010 General Elections, PAM’s pitiful and desperate choice for Constituency #1 is Mr. Ian “Patches” Liburd. Who would have thought that a worse choice than Mr. Michael Powell would be possible in East Basseterre?

While Mr. Powell was kicked out for PAM for the institution to save face because of the degree to which he pushed the envelope of highly questionable practices, Blanchette was expelled for taking a principled stand against the continued leadership of Mr. Lindsay Grant for a gross error in judgment—one would recall the infamous Marriot incident of 2010.

Basseterre East (Constituency #1) would literally be hurled over the edge of the abyss with Mr. Ian Liburd as its representative. The voters of East Basseterre must make every effort to learn who the real Ian “Patches” Liburd is, especially voters thirty-five years old and under. Nice clothes and a convenient bright hello do not substitute for ones character—there is much to learn. The PAM bosses knew what they were getting in Mr. Liburd, but I guess he complements their roster rather well. Already, the trap has been bated with the promise of the sacrifice of aportion Mr. Liburd’s potential salary, but be warned: the power of the office might be more valuable to him that its entire salary.

But things can get even worse than having unsavory individuals in our highest offices. The implementation of certain ideologies can drop like a heavy yoke around the necks of our ordinary citizens. Bichara Sahely was bold enough to suggest that the current, and caring administration’s progressive agenda is leading to a state of dependency (see my Facebook post: “The Ghost Of Our Society Past,” May 10th, 2014). This mindset holds that the social and economic infrastructure put in place by our government to help its citizens to improve their lives, and to realize their dreams is wrong, and such programs would be dismantled should this PAM Organization be successful at the polls.

When the elite in our society can show such degree of insensitivity, the time would have come for ordinary folk to protect their collective interest. Every Labour leader, from the Excellent Rt. Hon. Robert L. Bradshaw, to the Rt. Hon. Dr. Denzil Douglas has governed in a way to empower our ordinary citizens, and has helped us to be self-reliant and productive.

My mother, Esmie, often said to me as a very young boy: “Kenrick; don’t grudge anybody for what they got because you don’t know how they came by it.” With such nuggets of profound wisdom, interleaved with our daily experiences of being satisfied with whatever little we have, and the hope that we will do better for ourselves, how could policies that have helped to cultivate and strengthen such character be seen as creating a state of dependency? The ball is in the voters’ court: the ordinary people and the youth form the vast majority and, as such, must determine which way is up for our State, St. Kitts-Nevis.