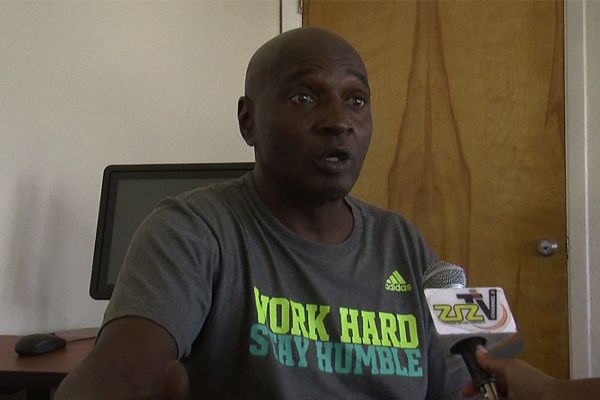 Computers for Persons with Disabilities Stolen over the Weekend

ZIZ News — Just days after receiving specially customized computers and other pieces of equipment from the Sugar Industry Diversification Foundation [SIDF], the St. Kitts-Nevis Association of Persons with Disabilities [SKNAPD] was dismayed to learn of the theft of some of the new equipment.

President of the St. Kitts-Nevis Association for Persons with Disabilities, Mr. Anthony Mills, in speaking with ZIZ News, said after a day of installation, the theft was evident on Sunday when they returned to the McKnight Community Centre where the equipment was stored.

“We were here all day Saturday installing software and setting up computers. We left here about 8:30 Saturday night and then Sunday when we came back to turn off the computers, we realized that a door was broken into and five of the computers were stolen. One Nikon camera with zoom lens and the TV were also stolen,” Mills explained.

According to Mills, the stolen computers have specially designed software to aid in the courses being taught at the community centre, which enables blind persons to use the computers as well.

There is an ongoing investigation by the Royal St. Christopher and Nevis Police Force into the theft and Mr. Mills took the opportunity to appeal to the public to assist in the retrieval of the computers.

“We want to appeal to the public that if they hear anything or if they see anything to please inform the police or inform us so that we could try and see that if we could retrieve those things because…it’s not only the computers were stolen but the special software that were install on them, that is also something that we would have to try and replace.”

Because of the theft, the training which was expected to begin Monday, had to be postponed.

On Thursday of last week, the SIDF donated 14 computers, two digital cameras, document scanners, a printer and other pieces of equipment to assist in the expansion of the training programme for disabled persons.