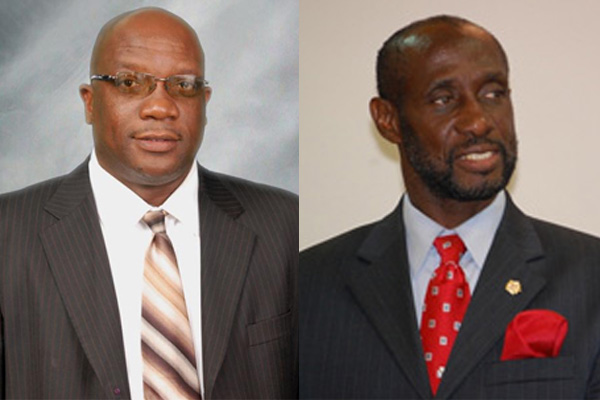 Condor and Harris expelled from SKNLP

ZIZ News — Hon. Sam Condor and Hon. Dr. Timothy Harris have officially been expelled as members of the St. Kitts and Nevis Labour Party. This took place during the 82nd annual SKNLP conference over the weekend.

The branch members of Constituencies Number Three and Number Seven moved and, with the overwhelming support of the conference, passed resolutions to formally expel both men from the party in a move described in the resolutions as “long overdue.”

The expulsion from the party also means that members of the Labour Party within those constituencies have completely withdrawn all support from both men.

Resolution six of constituency Number Three highlighted the following as being grounds for Sam Condor’s expulsion:

Similar traitorous reasons were cited for the expulsion of Timothy Harris from the SKNLP.

Both Condor and Harris have, since their abandonment of the Labour Party and the people who elected them, gone on to start their own parties and will run independently in the next elections which are due in 2015.

There is no indication that either man has been able to convince any SKNLP members to follow them on their crusade against the SKNLP. It is equally unclear what their current support base is as they have, in large part, been targeting supporters of St. Kitts’ main opposition party, PAM, members of the Concerned Citizens Movement on Nevis, and other anti-SKNLP entities for backing.