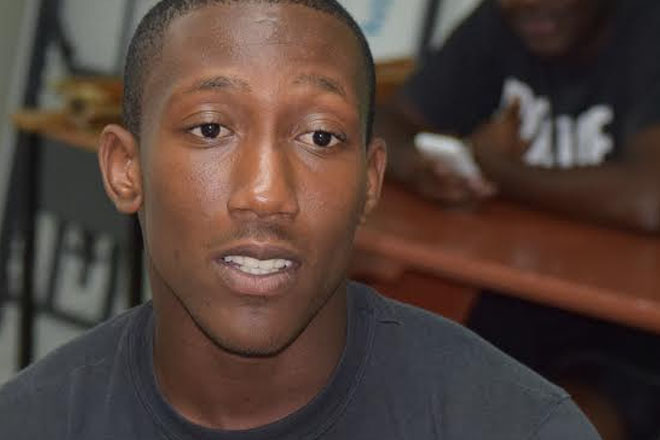 (RSCNPF):For many years, a young boy in a single parent home dreams of being a Police Officer and on Tuesday (July 19) his dream will come to life when he marches onto the parade square dressed in the uniform of the Royal St. Christopher and Nevis Police Force.

Police Constable Tarique Jones of Sandy Point will share the moment with fellow officers of Police Recruit Training Class #40 when they pass in review at the Police Training Centre.

The journey for Jones has been long and began with a dream, then a stint in the St. Kitts and Nevis Defence Force, followed by working as an Island Constable, then as a Special Constable. All the while his supportive mother encouraged him to follow his heart and live his dream.

Jones started training with Class #40 almost 8 months ago, and on Tuesday his dream will become a reality. According to Jones, “put your mind to what you want, you will achieve it.”

Speaking of his graduation on Tuesday, Jones said, “I want to see my mother, I want her to see what I have become, I want to make her proud, once I can make her happy.. this is worth it.”

He added, “I am ready to serve my country and becoming a police officer is a great honour and privilege and will allow me to really make a difference.”