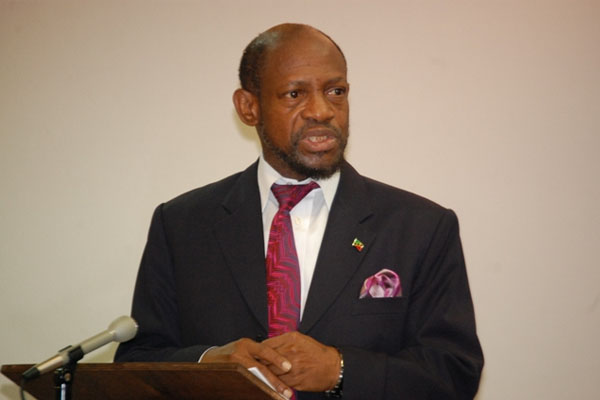 (Press Unit in the Office of the Prime Minister) – On Friday, June 15, 2018, the Opposition member for St. Christopher 6 returned before the High Court to answer a legal action by one of his constituents, who is challenging Dr. Denzil Douglas’ eligibility and qualification to hold his seat in the National Assembly.

Mr. Curthbert Mills, a concerned citizen and voter from Constituency #6, which Dr. Douglas currently represents in the National Assembly, launched the action following the discovery that he (Dr. Douglas) holds and has travelled on a diplomatic passport issued by the Commonwealth of Dominica. Mr. Mills has claimed that by applying for, being issued and travelling on the Dominican diplomatic passport, the Opposition member has acknowledged allegiance, obedience or adherence to Dominica, a foreign power or state, in contravention of the Constitution of St Christopher and Nevis.

Dr. Douglas has admitted that he holds the Dominican diplomatic passport and has travelled on it.

The Honourable Justice Trevor Ward QC heard an application that Mr. Mills’ claim be tried together with a similar claim brought by the Attorney General. The Attorney General’s claim, brought pursuant to section 36 of the Constitution, seeks a declaration from the High Court that since his election to the National Assembly, Dr. Douglas has become disqualified from being elected as a member of the National Assembly and is accordingly required to vacate his seat in the National Assembly because, by reason of holding and travelling on the Dominican diplomatic passport, he has acknowledged allegiance, obedience or adherence to a foreign power or state.

The Court also heard applications that affidavits filed by Dr. Douglas in answer to the Mills claim should be struck out on the ground that they contain statements that are improper and offend the rules of evidence, and that leave should be granted to cross-examine Dr. Douglas on his affidavit. Mr. Mills also sought to compel Dr. Douglas to produce the diplomatic passport for inspection, which he has refused to do.

Justice Ward QC reserved judgment on the various applications before the Court.

In an attempt to avoid a determination by the Court on the substantive matter after a full and fair ventilation of the issues raised by Mr. Mills, Dr. Douglas tried to argue that the claim should be struck out on a preliminary point. Justice Ward QC refused to entertain these submissions by Dr. Douglas, which were not brought in the proper form of an application to strike.