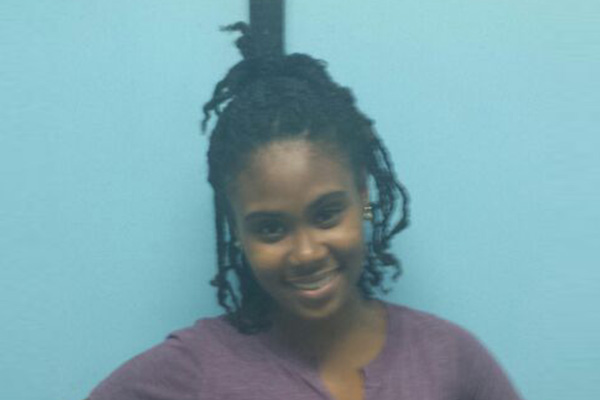 Basseterre, St. Kitts– “The A Ganar program has been a changing point in my life and I am very grateful and proud of myself for making such a life changing decision. This program has helped to mold me to become more independent, a people’s person and one who values my own limits.”

The fore-going words are the sentiments of twenty four year old Coressa “Sparkle” Walters who hails from the north-western village of Saddlers. Prior to her involvement in the United States Agency for International Development’s (USAID) funded A Ganar program, she worked in the kitchen of a local restaurant. She recounts experiencing transportation difficulties to get home after working long hours in the night and even difficulties concerning her payment after toiling hard during the week. She had no choice but to quit since her safety was a top priority for her family.

Despite this crude experience, Sparkle did not give up. She believed that she was destined for much greater things. Thus, when she was told by a lady about the A Ganar program, she knew that she had to give it a try. She participated in the program, graduated on December 4th, 2013 and remains a hardworking employee at LIME, one of the nation’s telecommunications provider. She has been there since she was sent there on internship in May 2013.

She has since received numerous compliments from customers on her work ethics and more recently, the company’s General Manager, Mr David Lake, commended her for her multi-tasking ability and advised her that he had been hearing only good things about her work ethics. He further challenged her to continue working hard.

This is the advice that Sparkle had to share with other youth who may find themselves in difficult positions and need to find a meaningful opportunity:

“I wish to encourage others to take this bold step, not only does the program groom you for employment, it also helps to elevate your self-worth. Because of this program I have the ability to embrace change, project a winning attitude, go beyond the call of duty, embrace new opportunities and be ready to learn. Try the program for yourself and never, ever give up”.

She thanked everyone involved in the local administration of A Ganar and Partners of the Americas, the executing institution for giving her such an opportunity while expressing hope that it will continue to serve more youth for years to come.