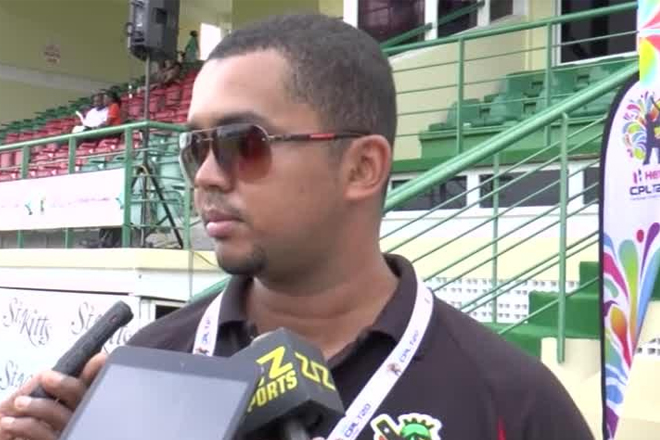 (ZIZ News) — According to statistics collected, more than US$25 million was injected into St. Kitts and Nevis’ economy when the country hosted the finals of the Caribbean Premier League last year.

With the Federation now boasting its own franchise and the conclusion of ten CPL matches here, hopes are that the local economy has benefited even further.

“I can tell you from a finance standpoint in terms of what we have spent to put the event on, that it had an impact on the economy. No doubt about it.especially during a period that is normally a slow time,” he said.

Berridge revealed that the team will be carrying out other promotions throughout the year.

“When CPL is finished this year, it’s not that we’re gonna go dormant until next year. We’re doing a lot of development stuff. We’re gonna have merchandise, a lot of promotion. We also gonna be assisting other sports in the Federation. So I think for the country on a whole the franchise has brought a lot and will continue to do a lot for the country,” he said.