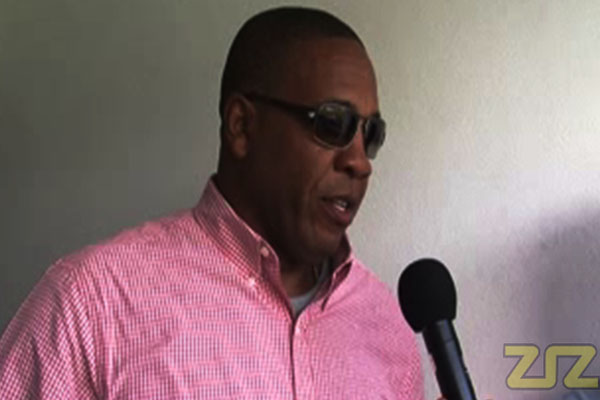 (ZIZ) — As the second edition of the Limacol Caribbean Premier League comes to a close this weekend, the Federation’s Minister of Sports is pleased with the opportunities it has created in the field of tourism.

Speaking to ZIZ Radio during Wednesday’s semi final match, the Hon. Glenn Phillip said millions of people worldwide now know of St. Kitts and Nevis thanks to the CPL.

“Well just not happy…I’m elated, I’m ecstatic about what’s happening here in terms of what the CPL has to offer and Vernon (Springer) mentioned a while ago there’s at least 220 million persons in terms of viewership and we’re very elated to showcase our island at this point in time,” he said.   “What amazes us is the fact that some of the non-traditional tourist destinations will see St. Kitts on display for these two weeks and we’re excited about it.”

The minister also had a few recommendations for the organizers of the tournament as they plan for next year’s competition.

“Well first of all what I recommend for next year is that they come back to St. Kitts,” he said with a laugh.  “And secondly, it’s really the times.  If it could be much more favourable.  I’m aware that they’re trying to appease those audiences further away, like maybe the Australian…different time zones you have to appease.  So we do understand but we as the government will do as much as we can to assist in these endeavours.”

To help attract the matches to St. Kitts, the government undertook massive renovation at Warner Park Cricket Stadium which included the installation of world class lights on the main grounds and at the Len Harris Cricket Academy.