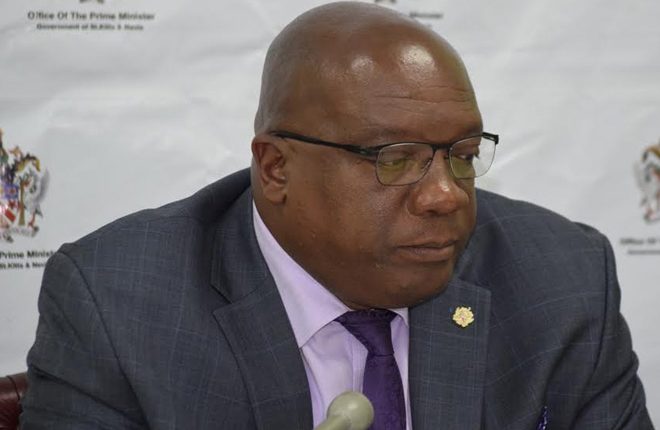 (SKNIS): Prime Minister and Minister of National Security, Dr. the Honourable Timothy Harris, said that although it is important for the government to play an integral role as it relates to crime, it is also a matter for the general public to assist.

“Our people, our business community, civil society, and our social institutions such as schools and churches all have a role to play in achieving this common objective,” said Prime Minister Harris, while availing himself and members of his Cabinet to the media during his monthly press conference on Wednesday, May 10. “Our investments in national security run the gamut of training, technical assistance, procurement of crime fighting equipment, strategic partnerships with overseas law enforcement agencies, and the restructuring of our Police Force. Coupled with this significant investment in national security is the attention to our legal infrastructure. Our investments in technology including the build-out of our CCTV and security apps Programme is also an imperative.”

Prime Minister Harris said that the issue of crime is by far is the federation’s single greatest challenge and the government will continue its endeavours to ensure that citizens and residents remain safe.

“Over the past two years, the Federal Government would have injected unprecedented sums in budgetary support into the Ministry of National Security in the fight against crime. Our 2016 budgetary increase for this endeavour was in the region of almost EC $72 million – a figure previously unheard of in the history of this country. My government continues to tackle this scourge head-on, and will not cede this fight to those criminal elements who are bent on destroying our families and communities, our social institutions, our economy, the investment climate, and our country’s good name in the regional and international environments,” said the national security minister. “The criminals in St. Kitts and Nevis had been put on notice from the very inception of our Administration just two years ago. We have far too much at stake in this nation – individually and collectively – to allow their anti-social behaviours, selfish, heartless, callous, and destructive attitudes and actions to run roughshod over the length and breadth of this Federation.”

Prime Minister Harris made mention of his recent warning, where he reminded the general public that St. Kitts and Nevis is, “by and large, a nation of laws”.

“We are governed by laws, so that we remain a respectful and disciplined people wherein the gains of development and prosperity are shared by all. Each and every person in this country deserves his or her fair share. Such is our right and such is our reasonable expectation,” he said. “However, the path to prosperity and a fair share is not characterized by lawlessness. It is not characterized by criminality, by homicides, robbery, fraud and the destructively selfish mindset of coveting what others have without working for it. Such behaviour has to stop – and will be stopped by whatever legal and other means are available to our national security agencies and our people who have the right to protect what is theirs.”

The national security minister used the occasion to extend condolences to the families who have lost loved ones to crime, especially gun violence. He added that the nation’s people “have suffered enough at the hands of criminals, and the families of victims have had to rebuild the pieces of their lives in the face of grief and fractured relationships”.