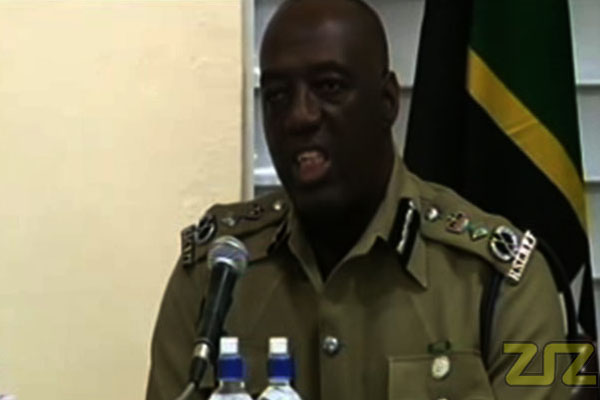 Crime is on the Decrease says Commissioner

ZIZ News — Commissioner of Police, Celvin Walwyn, has said that there has been a major decrease in crime over the last 35 months.

The Commissioner gave this assurance Wednesday evening at a “Conversations For Progress” meeting in St. Peters.

Commissioner Walwyn was one of the three panelists invited to discuss sport, including the upcoming CPL matches and crime fighting from a community perspective.

The Commissioner said despite challenges, the Federation has seen a reduction in crime.

“Over the last thirty five months we have seen a significant decrease in crime here in the federation. I know we are having challenges, like any other place we’re having challenges, but major crime is down. For the first six months of this year we saw drastic changes in the reduction of crime. Over the last three years we have seen even a higher reduction of crime,” he said.

According to the Walwyn, St. Kitts and Nevis is one of the safest countries in the Eastern Caribbean.

“This is a very safe country regardless of what you’re hearing, despite some of the challenges that we may encounter, you’re living in one of the safest countries in the Caribbean,” he said.

He also said that the reduction in crime is a result of increased interaction with the community especially through the Mentoring, Advising, Guiding, and Instructing Children (MAGIC) and Teens and Police Services (TAPS) programmes.