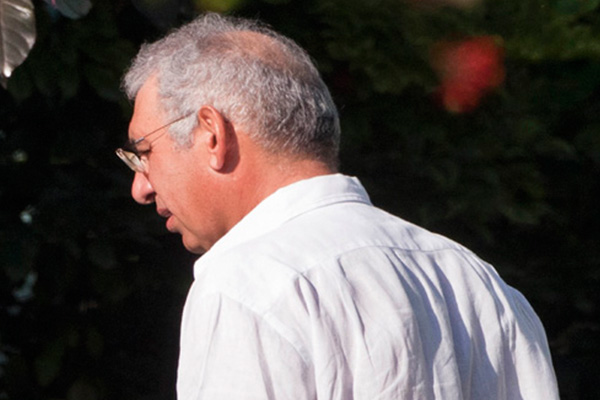 TORONTO (AP) — A Canadian businessman who served 2 1/2 years of a 9-year prison sentence in Cuba for corruption has abruptly returned to Canada.

Sarkis Yacoubian, president of Tri-Star Caribbean import company, said Saturday that he’s extremely happy and excited to be home in Toronto. However, he says he is still adjusting after he was given only 24 to 48 hours’ notice before his release.

Yacoubian was arrested in 2011 by Cuban authorities but was not formally charged until April 2013 with bribery, tax evasion and “activities damaging to the economy.” He said that because he was expelled from Cuba, he is not subject to transfer conditions that would require him to serve the rest of his sentence in Canada.

“I can’t discuss on what grounds I was expelled,” said the 53-year-old Yacoubian. “When somebody goes to jail, most of them claim that they were innocent. It’s not only the facts that support this for me, but official recognition that supports this,” he said.

“I’m still confused. They released me, 24-48 hours’ notice, I still don’t know exactly how this whole thing happened. I’m trying to figure out what happened, who had interest behind it, which were the organizations or companies that did what they did to me. So it’s just 48 hours. The decision, nobody knew that. They just said we’re going to let you out,” Yacoubian told The Associated Press from his mother’s home in Toronto.

He said that he is willing to share his story but wants to consult with his lawyers, who he said are currently on vacation, before he provides further details about what he calls a “very interesting, exciting story.”

“I want to be properly vindicated on the highest level once the facts are there. I’ve already been officially vindicated, but I just can’t tell you how, but it’ll come out in the next two weeks,” he said.

Yacoubian, who is Armenian, was born in Lebanon, where he studied international relations before coming to Montreal to earn his MBA at McGill University. He then ventured to Cuba, where he spent about 20 years. There, he partnered with the Cuban government on multiple ventures.

Two months after Yacoubian’s arrest, authorities raided another Canadian-run company, the Tokmakjian Group, one of the largest foreign operations in Cuba. Cy Tokmaakjian, 73, was arrested September 2011. He remains in Cuba’s La Condesa prison with no charges filed.

Peter Kent, Tokmakjian’s Member of Parliament, told The Toronto Star that Yacoubian’s release had been expected, but that the news that he was back in Canada came as a relief.

Kent said that his greater concern was for Tokmakjian, who has spent two years imprisoned and in frail health. Kent said that Canadian government representatives “have on a number of occasions asked the Cuban authorities to either take him to court, lay charges or release him. And that continues to be our position . . . and that hasn’t happened.”

President Raul Castro has said that rooting out rampant corruption is one of the country’s most important challenges.

Dozens of Cuban government officials and state company executives have been imprisoned for graft, while more than 150 foreign business people and scores of small foreign companies have been kicked out of the country.