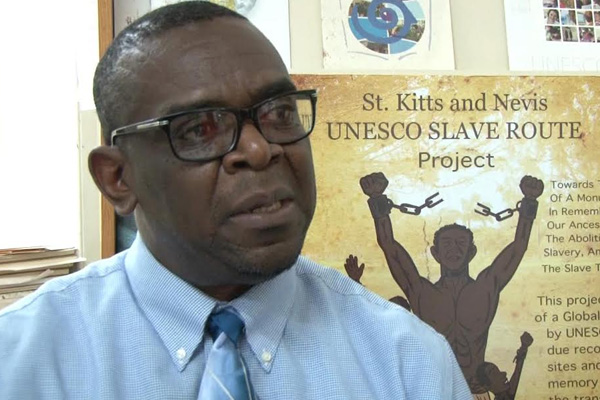 Basseterre, St. Kitts (SKNIS) — A documentary on the cultural music of St. Kitts and Nevis will make its debut over the Independence period thanks to the local UNESCO National Commission which spearheaded its production.

Antonio Maynard, Secretary General of the UNESCO National Commission, emphasized that as St. Kitts and Nevis celebrates its 31st Anniversary of Independence, it is important to reflect on the music that it has produced, particularly since music plays a very important role in the development of any civilization. He revealed that the documentary, which is based on interviews conducted by the Department of Culture – maps the music, provides background on its origin and has clips of actual performances. Mr. Maynard gave a specific example of music as a marketing tool.

“I think Elli Matt and the GI’s Brass International is a good example of marketing St. Kitts throughout the world – not only in North America but in Europe and other places,” Mr. Maynard emphasized. “It really lets people know that there’s a small place in the Caribbean with talented musicians. Once you hear our music you understand our culture, and that would have inspired many people to come to St. Kitts and Nevis.”

Two specialists at the Department of Culture were instrumental in interviewing the cultural practitioners. Dance Specialist Lorna “Ava” Henry, and Music Specialist Nigel Williams informed that interviews began at least five years ago when the Department of Culture was under the leadership of Creighton Pencheon. Two years ago its production became more concrete and fine-tuned.

Ms. Henry noted that the documentary was well timed.

“The project was very timely in that we were able to speak to lots of our old musicians,” Ms. Henry revealed. “That’s something we have not done in the past. Even the old folk-forms were recorded. Unfortunately we lost a few of our older practitioners such as Vernon Mallalieu, Mr. Decosta and Tambora Kitwana.”

Mr. Williams revealed that the Documentary featured not just music of St. Kitts and Nevis but more broadly the genre of Caribbean Music. As such, it includes steel pan, brass band and folklore music. Mr. Williams pulled out an example of a musician who had made a name for himself several decades ago.

“For example, Val Morris, when I was a little boy, he had the leading band in St. Kitts,” Mr. Williams enthused.

“An opportunity to interview him was really exciting for me because he was not only involved in calypso music but also military music which I also perform. Interviewing Mr. Morris meant a great, great deal to me.”

It was revealed that Mr. Morris was one of the original members of the Boston Tigers which was a Steel Band of the 1950s and one of the most popular bands of that time.

The Music Specialist informed that several decades ago St. Kitts was known for playing the fastest Calypso in the Caribbean Region, however, other islands now have that reputation. He gave a history of the evolution of soca music, which he said changed from a moderate pace to the fast pace that it has today.

“I don’t think the young people understand where soca really came from,” Mr. Williams explained. “As a matter of fact, it was born out of trying to put a set of music together, where you had a beat that made it easier for the Americans to understand. We used to play traditional calypso with a beat where we define it as boom-boom, boom-boom, now today soca is boup, boup, boup, boup, a straight beat.”

The “Project on the Development and Evolution of Music in SKN” DVD which was produced by IX Media & Marketing will be aired on ZIZ TV initially, over the Independence period and will be uploaded to the UNESCO Website and Facebook pages as well as made available in schools in the Federation. Copies will also be placed with the musicians featured in the Documentary as well as distributed to the St. Kitts and Nevis National Archives and the National Museum.