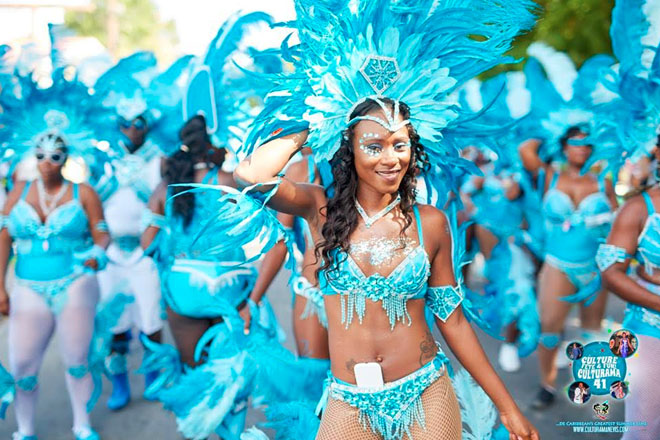 (ZIZ News) – The Culturama Secretariat is always looking for ways to improve Nevis’ annual summer festival and this year, the organising committee decided to change the route for the Cultural Street Parade.

“The Cultural Street Parade was off to a very late start and we were scheduled to start at 12pm, then the time went back to 1pm and we eventually got started somewhere about 2:45pm,” Liburd explained.

“Once the parade got started however, it flowed well and I believe that the number of patrons that (were) lining the streets, they thoroughly enjoyed the troupes that were on display,” he added.

Meantime, for the first time in years, the Last Lap Jam went beyond the scheduled time of 8pm. Liburd said that decision was well received by revellers.

“Last Lap was supposed to end at 8:00 but because of the good behaviour of the revellers on the street, the police allowed the Last Lap jamming on the streets to continue up until 10pm and then after that, the Last Lap continued at the Cultural Village with the Grand Masters Band and they played until well after 12 midnight,” he explained.