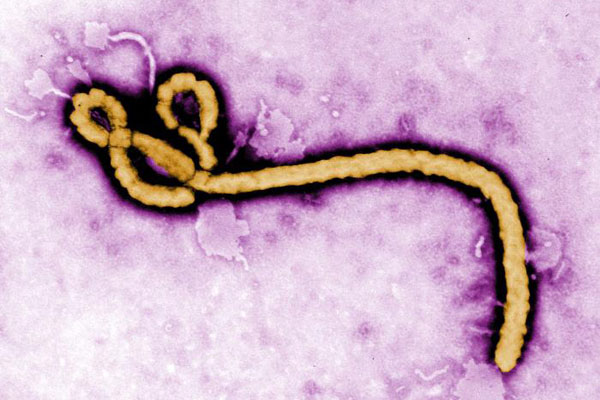 (CNN) — Howard University Hospital in Washington has admitted a patient with symptoms “that could be associated with Ebola,” hospital spokeswoman Kerry-Ann Hamilton said Friday. The patient, who was not named, recently traveled to Nigeria and presented with the symptoms upon his or her return, she said. The patient is in stable condition.

“In an abundance of caution, we have activated the appropriate infection control protocols, including isolating the patient,” Hamilton said. “Our medical team continues to evaluate and monitor progress in close collaboration with the CDC and the Department of Health.”

The news comes four days after the first Ebola patient to be diagnosed in the United States was put in isolation at a hospital in Texas.

Thomas Eric Duncan was hospitalized days after his arrival from Liberia. The deadly virus has killed more than 3,300 people in Guinea, Liberia and Sierra Leone.

Duncan landed in Dallas on September 20 and started feeling sick several days later. He went to Texas Health Presbyterian Hospital on September 26 with a fever and abdominal pain, hospital officials say. He was sent home with antibiotics but returned in an ambulance two days later, when he was admitted and placed in isolation.

On September 30, a blood test confirmed Duncan had Ebola. He remains at the hospital in serious but stable condition, health officials say.

On Friday, Dallas County Health and Human Services director Zachary Thompson told CNN’s “New Day” that the Ebola situation in the city is “under control.”

“It is contained,” Thompson said. The Ebola patient’s “family is being monitored. There is no outbreak. And so therefore everyone should ease their fears and allow public health officials … to respond to this issue.”

Duncan was in Dallas visiting his son and his son’s mother, his half-brother, Wilfred Smallwood, said.

Duncan’s partner, who asked to be referred to only by her first name, Louise, along with her son and two nephews in their 20s, are in isolation at the apartment, which still has the sheets, clothes and towels Duncan used.

A plan to sanitize the apartment was delayed late Thursday.

Brad Smith of the Cleaning Guys, which was hired to sanitize the apartment, said his company is ready to go but a permit issue has stopped them from entering the home. Smith says a specialized permit, which is handled by the state government, is needed to transport this type of unprecedented hazardous waste on Texas highways. Cleaning Guys specializes in hazmat and biohazard cleaning services, but it does not transport the materials.

CDC spokeswoman Abbigail Tumpey says the CDC considers materials contaminated with Ebola as regular medical waste, and as such, can be disposed of as medical waste. But she said the Department of Transportation considers Ebola to be a Category A agent, which means it’s illegal to transport.

“The CDC and the DOT regulations have been in conflict. It’s been an ongoing issue that we’ve been dealing with. We hope to have a resolution on that literally today.”

“This is a unique situation,” Smith said. “Once awarded, our hazmat teams will be allowed back inside to do their jobs.”

Louise told CNN’s Anderson Cooper that she used bleach to clean her apartment, “but it’s not clear to me how systematic the cleaning was,” Cooper said.

The trio escorted a Dallas County Health and Human Services worker on Wednesday who was delivering the orders, which placed the family members inside the apartment under quarantine until October 19. Castro says the deputies’ leave is precautionary for their peace of mind.

Where are the students?

On Wednesday, Dallas Independent School District Superintendent Mike Miles said five school-age children who attended four different schools had come into contact with Duncan and were being monitored at home for Ebola symptoms.

It is unclear if the young boy quarantined with Louise is one of those children, or how the five students came in contact with Duncan.

On Thursday, district spokesman Andre Riley told CNN that one of those students went to Sam Tasby Middle School on Wednesday.

“We’re not sure why the Tasby student showed up for school on Wednesday but, once he was identified, he was asked to go to the nurse’s office so that a parent could be contacted,” Riley said in an email. “During the limited time he was on campus, he showed no symptoms.”

The students have been asked not to attend school “out of an abundance of caution,” Riley said.

Hospital officials have acknowledged that Duncan’s travel history wasn’t “fully communicated” to doctors when he first came to the hospital on September 26, but also said in a statement Wednesday that based on his symptoms, there was no reason to admit him at that time.

“The patient presented with low-grade fever and abdominal pain. His condition did not warrant admission. He also was not exhibiting symptoms specific to Ebola,” Texas Health Presbyterian Hospital Dallas said.

“A travel history was taken, but it wasn’t communicated to the people who were making the decision. … It was a mistake. They dropped the ball,” said Dr. Anthony Fauci, director of the National Institute of Allergy and Infectious Diseases.

In its early stages, Ebola looks just like a lot of other illnesses. But the Centers for Disease Control and Prevention has been emphasizing the need to ask all patients with these symptoms for a travel history.

“You don’t want to pile on them, but hopefully this will never happen again,” Fauci told CNN’s “The Lead with Jake Tapper.”

The CDC is now distributing pamphlets to hospitals in the hope of increasing awareness. One pamphlet is a checklist for patients being evaluated for Ebola. The other is a flowchart for evaluating travelers who have returned from an Ebola-affected country.

Did he lie to come to the United States?

Before leaving his homeland, Duncan answered no to questions on a travel form about whether he was exposed to the deadly virus, said Binyah Kesselly of the Liberia Airport Authority.

Yet Duncan had been helping Ebola patients, including caring for one at a residence outside the capital of Monrovia, Liberian community leader Tugbeh Chieh Tugbeh told CNN.

Liberia Airport Authority officials said they may prosecute Duncan if he lied on his health screening questionnaire before leaving for the United States.

President Ellen Johnson Sirleaf told Canadian public broadcaster CBC that she would consult with lawyers to decide what to do with Duncan when he returns home.

“The fact that he knew (he was exposed to the virus) and he left the country is unpardonable, quite frankly,” Johnson Sirleaf said.

“With the U.S. doing so much to help us fight Ebola, and again one of our compatriots didn’t take due care, and so, he’s gone there and … put some Americans in a state of fear, and put them at some risk, and so I feel very saddened by that and very angry with him, to tell you the truth.”

Duncan hadn’t mentioned any exposure to the disease, said Smallwood, Duncan’s half-brother. He added that he doesn’t believe Duncan knew he had Ebola when he left Liberia.

Duncan was screened three times before he boarded his flight in Liberia bound for Brussels, said Kesselly of the Liberia Airport Authority. His temperature was a consistent 97.3 degrees Fahrenheit, said Thomas Frieden, chief of the CDC.

After his connection through Brussels, he flew to Washington, and then to Dallas.

Health officials are reaching out to as many as 100 people who may have had contact with Duncan while he was contagious, a Texas Department of State Health Services spokeswoman said Wednesday. They are being questioned because they may have crossed paths with the patient.

So far, no one who had contact with him has shown any signs of Ebola, Dallas County Judge Clay Jenkins said.

The number of direct contacts who have been identified and are being monitored right now is “more than 12,” a federal official told CNN.

Monitoring means a public health worker visits the contacts twice a day to take temperatures and to ask if they are experiencing any symptoms.

More U.S. troops will be sent to West Africa

The Pentagon will announce that an additional 600 American troops will be sent to West Africa in support of the fight against the Ebola outbreak, a U.S. military official told CNN’s Barbara Starr on Friday.

The troops will provide engineering and logistics support, the official said. The United States had already committed to sending 3,000 troops to the region.

The U.S. troops will not treat patients, but will help establish health facilities and medical treatment units “so that the health care workers can do their jobs,” Kirby said.

Plans are also being made to bring an American cameraman who was diagnosed with Ebola in Monrovia home to the United States.

Ashoka Mukpo, 33, a freelance cameraman for NBC News, will return to the U.S. for treatment aboard a private charter plane.

Mukpo started feeling achy and tired Wednesday, and he quarantined himself. A day later, a test at a Doctors Without Borders facility in Monrovia confirmed that he had Ebola.

The cameraman is believed to be the fourth American stricken by the disease while in Liberia.

Dr. Kent Brantly, Nancy Writebol and Dr. Rick Sacra all contracted the disease while working in the country.

All three recovered after they were evacuated from Liberia and treated at hospitals in Atlanta and Omaha, Nebraska.