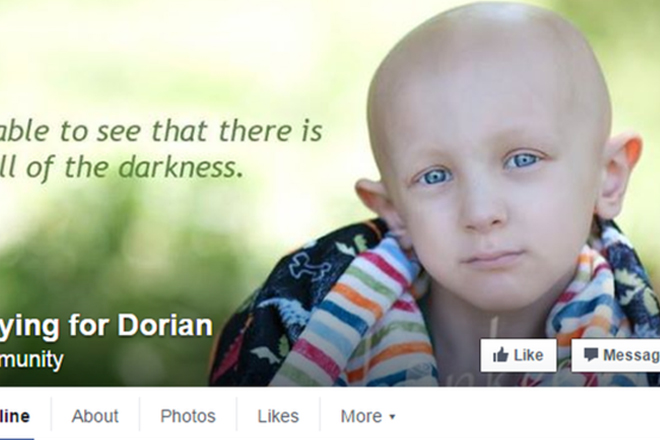 (BBC) A dying boy’s wish, to become famous in China, is being fulfilled by thousands of people online.

Dorian Murray, 8, from Connecticut in the United States, is fighting cancer and has chosen to stop treatment.

An 11 January post on a Facebook page run by his family said that before Dorian died he wanted to be “famous in China”, because it had the Great Wall.

It asked people in China and other countries to send pictures so Dorian knows “he is internationally famous”.

Dorian has been battling rhabdomyosarcoma, a type of soft tissue cancer, since the age of four.

He recently told his parents he wanted to be famous on “the bridge in China” – a reference to the Great Wall of China, local media reported.

“I’m just thinking before I go to heaven to try to be famous as much as I can,” Dorian told local broadcaster WPRI.

Not long after his family made the Facebook appeal, the first few posts from the Great Wall started pouring in – despite Facebook being blocked in China.

The appeal has also been shared thousands of time on social media.

“Cancer is already a terrible thing to go through, what’s more, a young boy? He is so courageous and innocent and I hope we can make his dream come true. Let’s make it trend,” said Kara_ Star 289.

Weibo users have also been uploading and sharing photographs, carrying signs reading #D-strong, taken at various locations around Beijing including the Great Wall.

Dorian’s mother has written that she is “amazed and completely in awe of the response to Dorian’s request”.

“Dorian has brought so much inspiration to people, around the world! I couldn’t be more proud of my son.”