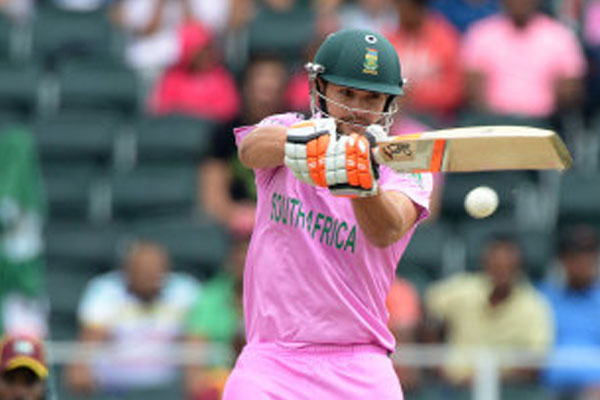 Sports Page — AB de Villiers ripped up the record books with the fastest century in ODIs, off just 31 balls to beat the previous quickest set by Corey Anderson off 36 balls little more than a year ago, as South Africa beat their own record at the Wanderers and racked up 439, four shy of the world record total of 443.

De Villiers’ was the third hundred in a towering South African total – the first time three had been scored in an ODI innings – which also saw Rilee Rossouw register his maiden century and Hashim Amla his 18th, a career-best 153 not out, in the highest opening stand South Africa have ever posted of 247.

In less than an hour, de Villiers took an innings which was building well and turned it into a skyscraper. He clobbered 16 sixes, the most by a South African and the joint-highest number of sixes overall in an ODI innings, and dominated a 192-run second-wicket stand with Amla which lasted just 67 deliveries and in which runs were scored at 17.12 to the over. Amla only faced 30 balls and contributed 33. Such was de Villiers’ dominance.

None of the the West Indian bowlers were spared as de Villiers put on his full range of strokes. There was the pull, the scoop, the lofted drive and the good old slog and Jason Holder, given the toughest of examinations as a young captain, was hardest hit. De Villiers plundered 45 runs off the nine balls he faced from him, including six of his sixes.