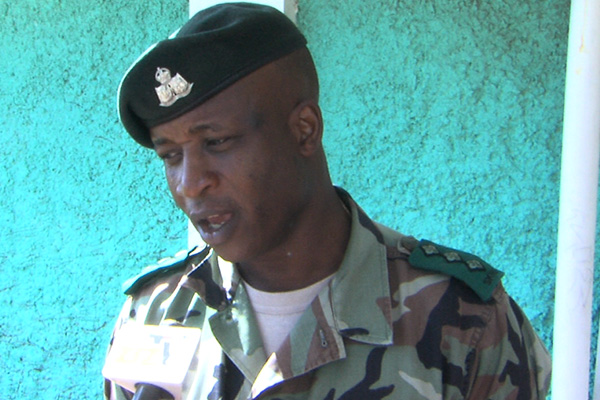 ZIZ News — The St. Kitts and Nevis Defence Force (SKNDF) and the Coast Guard have vowed to protect the coastal borders of the federation as best they can.

Public Affairs Officer, Captain Kayode Sutton said the defence force has a number of resources at their disposal which he said makes it more productive to accomplish their job.

He said however, despite all the latest technology and the acquisition of police dogs, their jobs would be even more difficult without the help from of the public.

Captain Sutton said the defence force will continue patrolling and protecting the coastline of the federation from those trying to import contraband.

“We’re doing our very best to ensure that the coastal waters of St Kitts and Nevis is as safe as possible with the human resource that we have as well as the application of all the assets that we have,” he said.

The St Kitts-Nevis Defence Force Coast Guard’s last successful run at sea took place on Sunday February 9th, when the local vessel “Lady Mignonne” was board and search at Long Point Pier in Nevis and the discovery of approximately one thousand four hundred grams of marijuana concealed in cornflakes boxes was made.

The boxes were in luggage addressed to Kenneth Thompson, who was not on board the vessel at the time.

Captain Sutton said their searches are made randomly, as they systematically carry out their efforts to patrol and secure our shorelines.

Lady Mignonne normally runs general cargo within the federation as well as to and from St Martin.