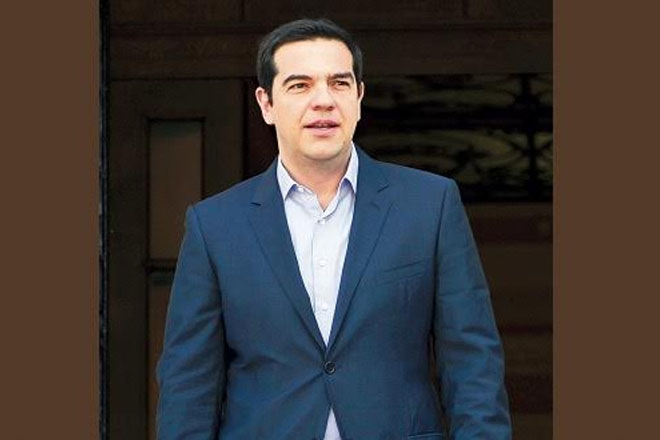 Brussels, Belgium (AFP) — Greek Prime Minister Alexis Tsipras vowed Wednesday to go ahead with a controversial bailout referendum despite pressure from European leaders as they declined to consider any fresh debt offer before Sunday’s vote.

Hours after Greece became the first advanced economy to default on an IMF repayment, the leftist leader used a live TV address to urge Greeks to vote ‘No’ on Sunday to creditors’ current demands.

Tsipras, at loggerheads with Greece’s creditors since his election in January, insisted a ‘No’ vote would “not signify a rupture with Europe” despite efforts by EU leaders to cast it as a referendum on Greece’s place in the bloc.

“Come Monday, the Greek government will be at the negotiating table after the referendum, with better terms for the Greek people,” he added, standing between Greek and EU flags.

His comments came after Greece on Tuesday made a last-minute proposal for a third bailout worth nearly 30 billion euros ($33 billion) to follow the two rescue programmes worth 240 billion euros that cash-strapped Athens has received since 2010.

Frustrated eurozone finance ministers agreed Wednesday to wait until after the referendum before holding any more talks, saying there were “no grounds” for further discussions.

Most Greeks are still only allowed to withdraw 60 euros ($66) per day after capital controls.

“I worked for 50 years on the sea and now I am a beggar for 120 euros,” one pensioner in Athens said. “I have no money for medication for my wife, who had an operation and is ill.”

Finance ministry employees hung a huge banner saying “No to blackmail and austerity” out of the window of their office.