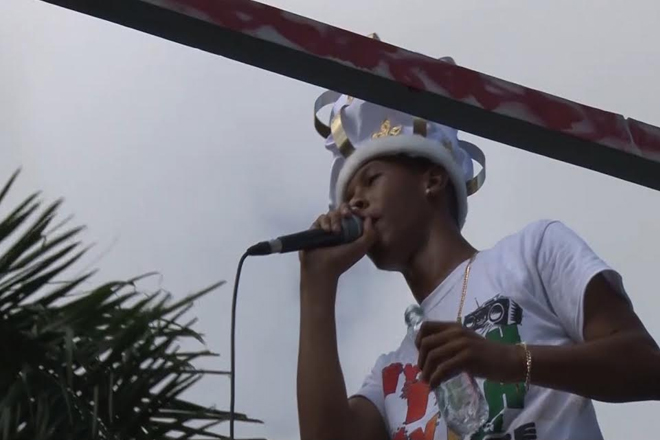 (ZIZ News) — Delly Ranks has added road march to the list of titles he has been racking up this Culturama season.

With 899 points his song “Whoops” impressed the judges and gained him the 2016 Road March title.

Ranks and Odisi Band hit the streets of Charlestown on Tuesday as part of the Grand Parade and Last Lap Jam.

Thousands of revellers from both Nevis and St. Kitts joined them in colourful costumes in the final street jam.

The parade and Last Lap marked the end of the official activities for Culturama 42, which was held under the theme “Celebrating the Old, Showcasing the New, Culturama 42!”

Department of Agriculture receives financing for pest and monkey control