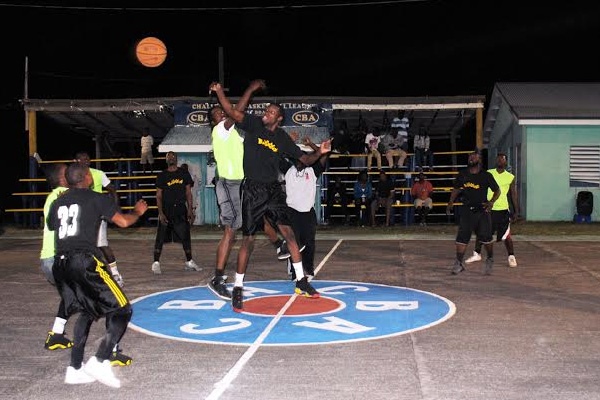 Basseterre, St. Kitts — When the two unbeaten teams in the on-going Development Bank Challengers Exodus Basketball League met in the cool of Saturday evening March 14 on the Challengers basketball hard courts, one team was bound to cave in.

Bad Boyz and Kittitian Hill Lions were unbeaten prior to that game, each having had won three games. Was the game going to the decider? Basketball pundits have refused to commit their word now that the league is still on-going, with friendly caution that anything could happen on the basketball court.

In the second game of the evening, Kittitian Hill Lions overcame their worthy opponents, Bad Boyz, 76 to 71. Dreadlocked Delvin Marshall of the Lions worked extra had to ensure that they came on top by scoring a total of 20 points, and forcing 11 rebounds.

Sunday saw only one game being played where Heights, which as at that time was the only team not to have won a game, ended their losing run when they convincingly beat Quakers 81 to 61.

Two games were played on Tuesday (March 17). In the first game Runners defeated Exodus Juniors 70 to 65; while in the second game Wolf Pack defeated Exodus Alliance 67 to 56.