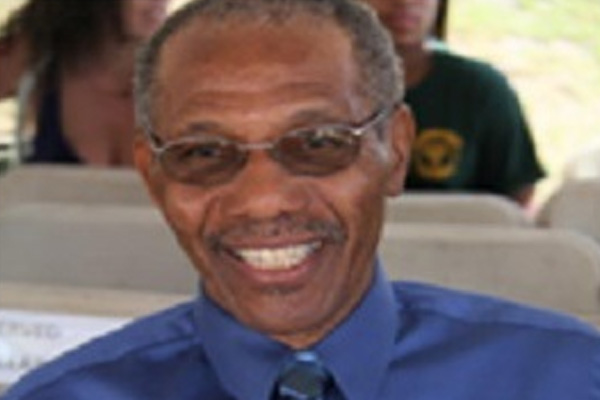 Developments on opposite ends of St. Kitts are integral parts of Labour Government’s programme of economic diversification and sustainability

Basseterre, St. Kitts (CUOPM) — St. Kitts and Nevis is on a development trajectory which has placed the twin-island Federation in the forefront of Caribbean Development.

St. Kitts-born Professor Dr. Frank L. Mills delivering the feature address at the Annual Sandy Point Benevolent Society Banquet in the Bronx, New York, told hundreds of nationals that if the previous decade was the decade of the St. Kitts Marriott Resort, the current decade is that of the Park Hyatt St. Kitts and the Kittitian Hill development.

Pointing out that it would be remiss of him not to share with the large audience his perception of the economic transformation that is taking place in the Federation.

“Whatever your political persuasion, it would be rather difficult, even disingenuous, to deny that St. Kitts and Nevis is on a development trajectory that has placed it in the forefront of Caribbean development, with one of the highest rates of economic growth in the Region,” said Dr. Mills, Interim Vice Provost of Research and Professor of Social Sciences at the University of the Virgin Islands (UVI), St. Thomas.

He confessed that when St. Kitts abandoned the sugar industry – the primary industry it had known for 350 years in 2005, he was uneasy about what the island would transition into, as many a country had collapsed economically and even plunged into civil war, during such drastic change.

He said some of the valid signs of this surging development in St. Kitts and Nevis can be found on the southern and northern ends of St. Kitts.

“The southeast peninsula of St. Kitts is now undergoing extensive development. If the previous decade was the decade of the St. Kitts Marriott Resort, the current decade is that of two spectacular developments on opposite ends of the island, both of which are integral parts of the government’s program of economic diversification and sustainability,” Dr. Mills said.

He singled out as the first, the 2,500-acre resort community of Christophe Harbour.

“When the construction of the Kennedy Simmonds Highway began in 1987, perhaps no one had any idea how this penetration of the peninsula was going to transform this parched and rocky landscape into the most expensive real estate in St. Kitts at this time. The flagship development is the Park Hyatt that will eventually include 26 buildings, 11 of which are currently being erected, the first of which is scheduled for completion this month.

“The second major development is taking place in the northwest section of the island, with the primary focus on Kittitian Hill Luxury Resort. This 400-acre resort nestles in the gently sloping foothills of Mt. Liamuiga on the old Belmont Estate, and overlooks St. Paul’s,” said Dr. Mills.

He pointed out however that while one may be thrilled at the rapid rate of economic change that is overtaking the Federation, some may well be alarmed at some potential pitfalls in this economic picture and examined a few consequences of all of these changes.

“First, the impact of access to modern American TV and its culture – its music and lifestyle, its moral values and fast food consumption, the ubiquitous cell phones and tablets and all the other electronic social media – is evident in many ways,” said Dr. Mills, pointing out that parents are often frustrated in their efforts to cultivate the family values of their forebears in their children, but the influence of their peers on TV is often stronger than that of their old-time lifestyle.