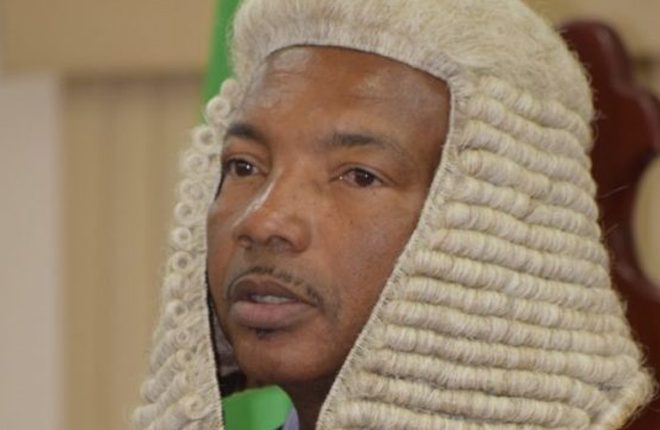 Diplomatic passport matter brought before the Speaker of the National Assembly

(Press Unit in the Office of the Prime Minister) – Leader of Government Business, the Honourable Eugene Hamilton has written a formal letter to the Speaker of the National Assembly, the Honourable A. Michael Perkins, outlining his concern surrounding the Leader of the Opposition, Dr. Denzil Douglas, holding a Diplomatic Passport of another country while continuing to serve as a sitting member of Parliament.

The letter, dated 23rd October 2017, was read by the Honourable Speaker during today’s (November 14th) sitting of the National Assembly, thereby making this diplomatic passport issue a matter of public record.

“Please be advised that it has recently come to my attention that the Right Honourable Dr. Denzil Llewellyn Douglas, Member for St. Christopher 6 and Leader of the Opposition in the National Assembly, has been issued, holds, and has travelled on a diplomatic passport issued by the Commonwealth of Dominica (“Diplomatic Passport”). The Diplomatic Passport was issued on 30 July 2015, and bears passport number DP0000462.

“In my respectful view, the holding of a Diplomatic Passport by the Member for St. Christopher 6 raises implications for his qualification and eligibility to serve as a Member of the National Assembly of St. Christopher and Nevis.”

The Leader of Government Business further states in his letter that, “This is a matter of national importance and great public interest.”

The Honourable Eugene Hamilton ends by stating, “I consider it my sacred public duty to draw my feelings of dismay and concern to your attention Mr. Speaker in your capacity as the presiding arbiter of the conduct of this Chamber and representative of all its powers, proceedings and dignity.”

The Honourable Speaker A. Michael Perkins, after reading the letter from the Leader of Government Business, said he has “chosen to seek proper advice on the matter.”

Members on the Government side of the House have maintained their position that Dr. Douglas’ possession of a Diplomatic Passport of another country, which he has travelled on, is a matter of significant importance. They further maintain that this has far-reaching implications for the proper functioning of the Parliament, particularly as it relates to the composition and democracy of the House of Assembly.