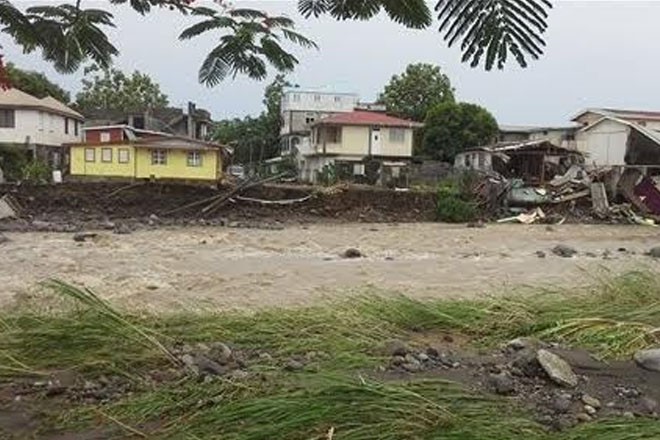 Dominica electricity company reports millions in losses due to Erika

Roseau, Dominica (CMC) — The Dominica Electricity Services Company Limited (DOMLEC) says it has suffered damages in excess of $6 million (One EC Dollar =US$0.37 cents) as a result of the passage of Tropical Storm Erika late last month.

DOMLEC public relations officer, Adina Bellot-Valentine, said that the losses did not include the damages to the generating sets because assessments have not yet been made.

She said the company, the sole provider of electricity here, is awaiting representatives of the manufacturers of the generators, who are due here this week, to carry out the assessment.

‘So for now we have quite a debt,” she said, noting that the company had also take a decision to meet the costs of providing electricity to some shelters housing elderly people affected by the storm.

“All the shelters designated by government…we are taking up the cost of electricity for the duration of the time the residents are going to be there,” she added.