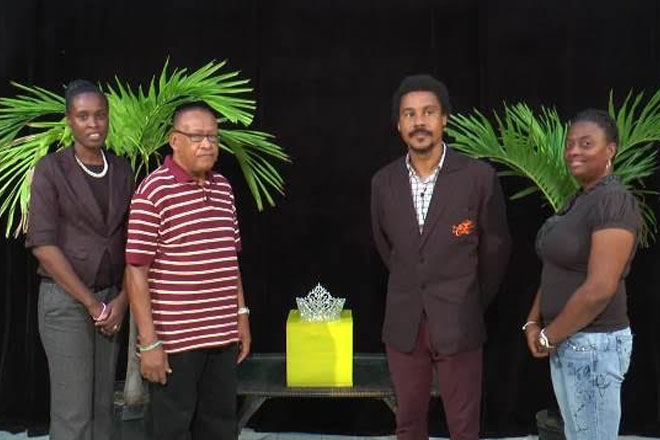 Donation of Crowns, Trophies and Sceptres to Carnival Committee

(ZIZ News) – Royalty for Sugar Mas 44 will be awarded in style, this December, thanks to a gracious donation by one of the Federation’s pageant enthusiasts.

Carnival Chairman, Noah Mills, in thanking Fraites for his contribution, said it is always impressive when individuals contribute to the Festival.

“Any success for a Festival such as the St. Kitts-Nevis National Carnival depends highly on the level of contribution, sponsorship and partnerships that are formed,” adding that “When one sees corporations and businesses coming on board we are very much impressed but we are also deeply heartened when individuals come forth and make presentations of a similar nature.”

Fraites expressed delight at being able to contribute to the Festival.

He said, “As a Carnival lover, I decided I wanted to get involved this year because over the past years, I think I was left out for reasons unknown. I feel honoured to stand with Mr. Mills and his committee members as I hand over the crown to him.”

He disclosed that upon learning that reigning National Carnival Queen, Tishima Browne does not have a crown for unknown reasons, he felt compelled to remedy the situation. He therefore presented the first crown to her.

Browne in turn thanked Fraites for the gesture.

“I’d like to say not having a crown did not make me feel less of a queen. I always thought I was a queen and even before I entered Ms. St. Kitts, I conducted myself as a queen but now that I have this fabulous crown, it has further cemented the fact that I am the queen and I just want to say thank you so much to Mr. Derek V. Fraites and the Carnival committee for presenting me with this fabulous crown. I am very appreciative. Thank you so much,” Browne said.

The National Carnival Queen and National Talented Teen Pageants, the Mr. National GQ Show, and the Swimwear Pageant will benefit from Fraites’ donation.