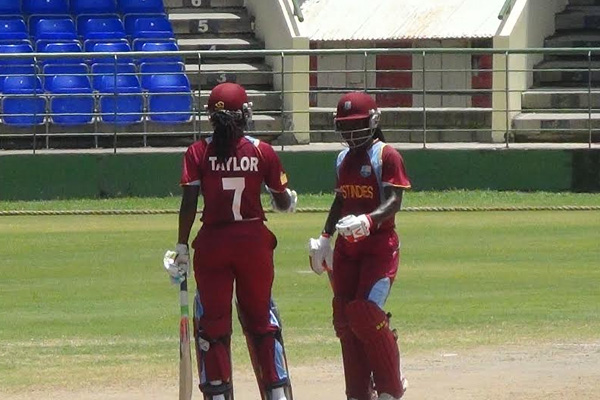 Sports Page — Deandra Dottin and Anisa Mohammed teamed up to be the key players in ensuring a second consecutive win for the Windies women’s Cricket team in their ongoing one day series versus the New Zealand women’s team.

The match was played in front of a sparse crowd at Warner Park in St.Kitts, on Sunday 14th September.

The windies women batted first and had a promising opening stand between Mc Clean and Kycia Knight, who despite several chances, excited the small crowd with some exquisite shots. One extra cover drive by Knight had some spectators remembering the exploits of Brian Charles Lara.

The best batting however, was yet to come, when Deandra Dottin and Stefanie Taylor united in an enterprising partnership of 97 before they were parted. Both played shots around the Park, in making half centuries, which received warm approval.

The Kiwis women started well but lost their first wicket with score on 30.

Captain Susan Bates ensured that there was no repeat of her duck from Friday’s game and played a cultured knock before she was deceived by Anisa Mohammed who is being hailed as the Sunil Narine of the Windies female team.

When Priest and Devine got together at the crease, the Kiwis were definitely praying for Divine intervention.

It was Devine however, who played a scintillating knock of 89 towards the end of the innings that had the ladies in maroon obviously rattled for a time.

However, the New Zealand team eventually succumbed, despite her heroics, to 181 all out.

The Windies women are leading the series 2 games to nil. The remaining games will be played on Wednesday 17th and Friday 19th September.