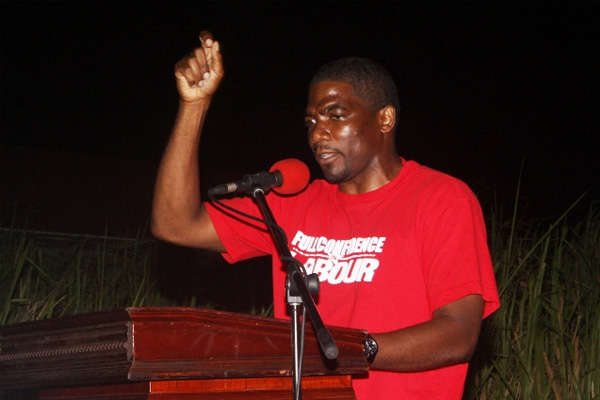 (ZIZ News) — One of the island’s District Medical Officers, Dr. Terrance Drew, has offered condolences to the family of Kaheel Herbert who died on Tuesday following a shooting incident at the Joseph N. France General Hospital.

Dr. Drew has condemned the act and described it as a loss of respect for institutions.

“I want to extend my condolences to the family who lost their loved one after he would have gone through hours of surgery that he succumbed to his injuries. I want to say that is a very very unfortunate incident. It’s something that has never occurred in our Federation, something that I don’t think would even envision that would even occur in the federation because even though we have crime, there seems to have been a level of respect for institutions and the institution that people respect very much would have been the hospital,” he said.

In sharing a similar situation about his time as a student in Jamaica, Dr. Drew said that although hospital shootings are not new to the Caribbean, they do not reflect the way of life of the people of St. Kitts-Nevis.

“So this is not something new. This is something new of course to our shores. Some years ago, there were issues with security at the hospital and an assessment was done so things were put quickly in place to ensure that whatever was required to keep the hospital safe, based on what was taking place, was done. What this incident is telling us is that those measures which we took five years ago may not be adequate for now,” he said.

“So, instead of us standing here and accusing this person and accusing that person, we need to now come and have constructive discussion around what you call security of our institutions since this incident happened, something that had never happened before and I’m assured that the Minister of Health is already on it. You see how quickly she released her statement. She did not waste any time. From the night she heard it, she was already there, already at the hospital with the necessary people and quickly putting everything in place to ensure that something like this would never ever happen again,” he added.