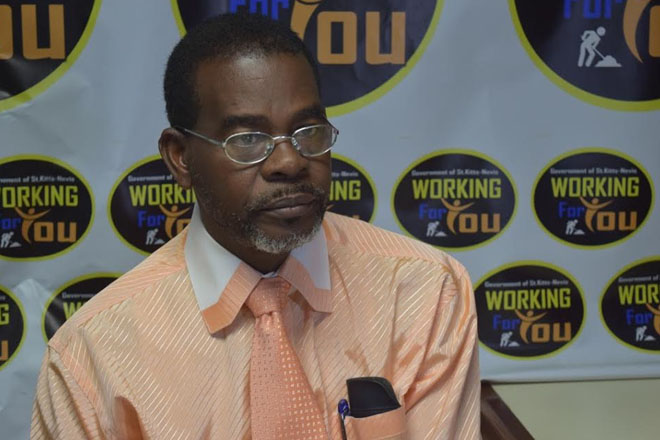 Earth Day and Department of Agriculture officials team up to continue build a sustainable St. Kitts and Nevis

(SKNIS): Officials at the Department of Agriculture and the local Earth Day Committee are joining forces to continue to build awareness in St. Kitts and Nevis on issues surrounding sustainable development.

Melvin James, Director at the Department of Agriculture (DOA), highlighted the rationale of the partnership during his appearance on the Government’s weekly radio and television programme “Working for You” on Wednesday, April 20.

“We acknowledge that there can be issues and we need to farm in such a way that we minimize those things,” said the director. “When we say sustainable agriculture then we are saying that we recognize what is needed to be done to reduce the adverse effects and we believe that we have done a relatively good job in St. Kitts and Nevis and that is why we can team up with Earth Day.”

Mr. James said that agriculture is one of the entities that can and do add to some of the levels of earth pollution.

“Agriculture has a role, it is not just industry [and] it is not just homes that pollute or that offset the balance, but we must be honest and fair that we ought to be careful in agriculture as well or else we can contribute significantly, even by soil erosion and soil compaction,” he said. “In those countries where you have large cattle farms there is a significant amount of methane, one of those gases which affects the environment; again, other things in agriculture like nitrogen fertilizers. If you use excessive fertilizers they can cause a change in the PH in the soil and they make it more difficult for the normal plants to survive.”

The director outlined that one of Earth Day’s goals for 2016 is to plant a lot of trees. He noted that a number of trees are available at the DOA and it will assist the Committee in carrying out this goal in order to show that the department is about keeping the Federation as green as possible so that St. Kitts and Nevis would endure long-lasting sustainable development.

Earth Day which was first celebrated in 1970, will be observed worldwide on Friday, April 22 under the theme “Earth Day 2016-Trees for the Earth”.