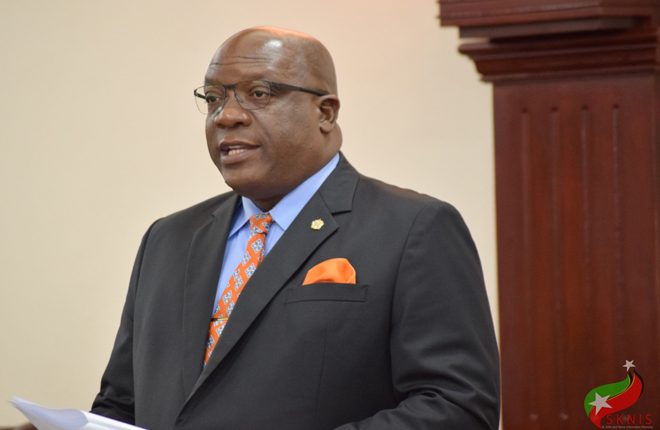 EC$75 million budgeted for national security in 2018 represents another record for St. Kitts and Nevis

(Press Unit in the Office of the Prime Minister) – The Team Unity-led Government of St. Kitts and Nevis has once again demonstrated its resolve to do all that is necessary to reduce the incidences of crime and violence in the country.

This was evident as the National Assembly of St. Kitts and Nevis on Tuesday, 12th December, 2017, passed the Appropriation (2018) Bill, 2017, of just over EC$700 million, from which EC$75.5 million is being allocated to the Ministry of National Security for the 2018 fiscal year, EC$3.5 million more than what was allotted to that ministry in 2017.

This dramatically stepped up investment in the Ministry of National Security will further enhance the capacity of the law enforcement agencies to address the challenges faced with administering law and order and citizen safety. It will also help to facilitate the successful implementation of projects and programmes such as the continued roll-out of the Cities and Roadways Surveillance System CCTV Project that is being carried out with the assistance of the Government of the Republic of China (Taiwan).

During his Budget presentation on Wednesday, 6th December, 2017, Dr. Harris stated, “I want to thank our partners in the Republic of China (Taiwan) that have been supporting us in the built-out of our CCTV programme. We are expecting very shortly to move into some of the hotspots, Cayon, Sandy Point and Nevis, as we come to phases two and three of this important initiative.”

Phase one, which has already seen over 200 cameras brought on stream, covers the Basseterre area, Frigate Bay and its environs.

In February of this year, the Government was forced to close the doors of the St. Paul’s Police Station as a result of the poor physical conditions of the existing infrastructure that posed a serious health risk to the men and women of the Royal St. Christopher and Nevis Police (RSCNPF) stationed there. Officers who were stationed there are now attached to the Dieppe Bay Police Station.

Also, officers stationed at the Old Road Police Station have been temporarily relocated to a facility in Verchild’s, while those stationed at the Newcastle Police Station in Nevis have been moved to a different building in Newcastle, in the vicinity of the Vance W. Amory International Airport, as a direct result of the deteriorating conditions at those two police stations.

The National Security Minister added, “In 2018, we will move ahead to provide a brand new police station for the Sandy Point area Mr. Speaker, and in 2018, we will advance work in relation to the new correctional facility in the Estridge Estate. We expect then to provide improved environment in which work can be done and those who will have to use these facilities can have their dignity protected.”

Prime Minister Harris further noted that his Government’s response to crime and violence goes far beyond the provision of new vehicles, equipment and enhanced technologies.

Dr. Harris noted that the ministry has invested in and seen results from its social intervention programmes, including the highly successful Mol-Phil Explorers Youth Club, which has a membership of over 100 children from the Molineux and Phillip’s areas, the Teen and Police Service (TAPS) Academy that was re-established in schools this year, as well as the re-introduction of the Cadet Corps in all secondary schools.