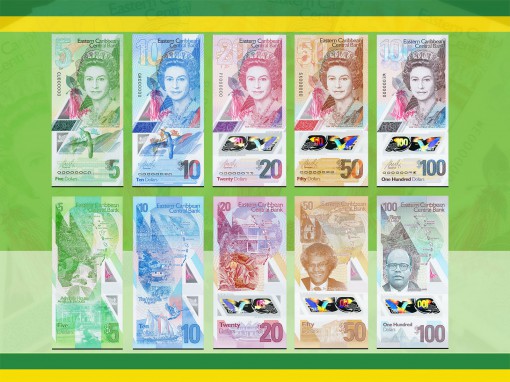 Basseterre, St. Kitts, February 15th, 2021 (ZIZ News) The Eastern Caribbean Central Bank (ECCB) is projecting that the polymer five-dollar note will be released by the end of March.

According to the Central Bank, the release of the five-dollar which was initially projected for September 2020, has been delayed due to a decrease in demand for the note.

Acting Director of the Currency Management Department, Rosbert Humphrey, says that although five dollar notes are in circulation more than any other denomination, it is the least demanded note.
He further explained that the polymer five-dollar notes may not be issued in all of the ECCB member countries at the same time, as the commercial banks in each country have a different level of stock which would determine when the new notes are released.

“Based on our current stock of paper bank notes we have in our vault, we are forecasting that the polymer $5 will be released some time toward the end of March. It may not be released in all of the countries at the same time because the countries have different levels of stock so whichever country’s stock of paper finishes first, they will put the polymer in circulation and it won’t be released at the same time in all the countries. It might take weeks and even months before a country release it so generally we are targeting around March 2021.”
Humphrey also encouraged the public to continue to take care of the EC polymer banknotes.