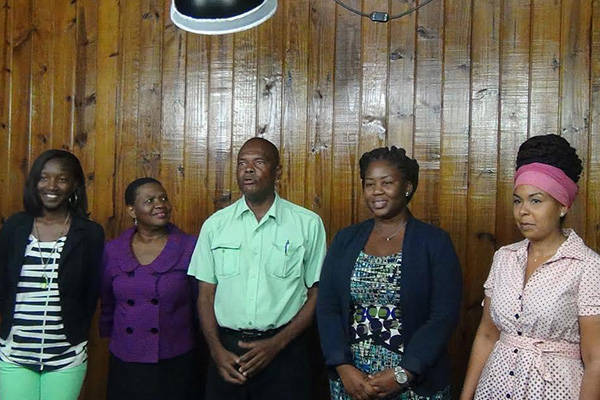 Officials from the Education Department on Monday sought to clear the air on an issue pertaining to activities within the Pre schools on Nevis.

In an interview conducted with Curtis Morton on his SPORTS MENU program, the Education Department was represented by Mrs. Palsy Wilkin-Principal Education Officer; Dr. Neva Pemberton-Education Planner; Michelle Sutton-PE and Sports Coordinator and Verna Grant-teacher at the Charlestown Primary School.

Mrs. Wilkin indicated that there was no directive given to the Pre schools head which prohibited them from hosting their usual cross country events this year.

However, a meeting was held with all of the heads at the schools during which an expert was able to outline possible long term effects that could hamper the physical well being of the children later on in life.

Mention was made of having road races for Pre schoolers on the main road which is made of concrete and there was an emphasis placed on activities which are suited for the particular age ranges of the children.

The other Department representatives also stressed on the negative impact of the keenness of competition as promoted by the parents, even at the Preschool level.

It was noted that the children would then grow up with the attitude of wanting to win at all cost, as in some cases they are offered goodies for winning and in other cases are punished or chastised for not beating someone else’s child.

It was also pointed out that at that age, the emphasis should be more on working together and helping each other and learning and achieving togerher.

Rumours had been circulating that the Education Department had prohibited the Pre schools from holding their regular cross country events this year.

The officials are saying that that is not the case but that the parents and teachers should take into consideration, the possible long term effects of certain activities on the children.