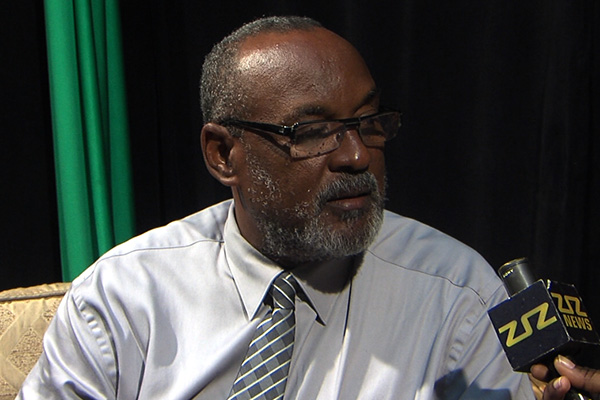 (ZIZ News) — Electoral boundary changes stand in St. Kitts and Nevis that is the word of Attorney Sylvester Anthony who explained the resolution passed in the National Assembly on Friday.

Shortly after Governor General, H.E. Sir Edmund Lawrence approved electoral boundary changes in St. Kitts and Nevis and the subsequent dissolution of the national parliament, rumours spread that the opposition filed an injunction to stop changes to the electoral boundaries.

Attorney Anthony, speaking on another radio station on Friday, said while he had not seen any injunction-related documents, the boundary changes stand as an injunction could only take effect when persons are served with the relevant documents.

“People don’t grant injunctions. A person has to apply to the court for the grant of an injunction. The court has to have a hearing, either an ex parte: that is with only one side present or an inter-parties with both sides present and then the court makes the order granting or denying the injunction. Assume for the moment that the court grants an injunction, then that injunction has to be served on the parties against whom it has been granted but where it is an injunction that is seeking to prevent a person from doing something, in order to be effective, that is in order for it to prevent you from doing what it is that they want to prevent you from doing, it must be served on you before you do it,” he explained.

Attorney Anthony, who represents the Governor General on other matters, said that at the time of his statement, he was not aware that any injunction-related documents had been served on Sir Edmund or any of the other parties involved.

He also shared a hypothetical situation where the filing of documents is concerned and said that even in that case, the electoral boundary changes still stand.

Assuming for the moment that they prepared the documents since this morning, and filed it, clearly the affidavits that they filed could not have had the information about what happened at 5:00 and 6:00 this evening but they would have been under a duty, in any event, notwithstanding was it filed this morning, to notify the court orally about what had happened especially if they were the only ones before the court and none of the people against whom they were seeking these orders were present. They have a duty of full and frank disclosure…you don’t know what the court was told, how much the court knows so…it doesn’t really matter to me what order they claim the court made. What is really important, what all people who are listening to what is going on tonight have to consider is whether or not the so-called orders that they claim to have were served on the persons against whom they were made,” Attorney Anthony said.