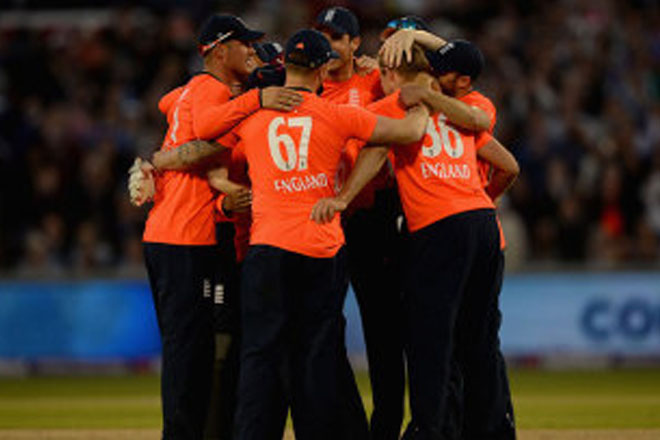 Sports Page — England continued their remarkable resurgence in limited-overs cricket with the third largest victory in their history over New Zealand in the one-off T20 at Old Trafford.

England had won only three of their previous 12 T20 matches and, in that period, suffered a defeat to Netherlands. But inspired by their young players – there were three T20I debutants in this side – and a newly acquired aggressive approach, they followed the 12th highest total in their T20 history, and the fifth highest in England, with a disciplined display of bowling that eventually saw New Zealand lose their last five wickets for the addition of just four runs in 12 legitimate deliveries.

Only 11 times have they been bowled out more cheaply in a T20. Their captain, Brendon McCullum, rated their batting as “pretty amateurish.”

The result, an England win by 56 runs, means that a New Zealand side that were thought by many to be the strongest to have toured the UK depart without a series win in any of the formats.

They were previously held to a draw in the Test series and lost the ODI series.